To Succeed on North Korea, Convince Kim He is Safer Without Nukes 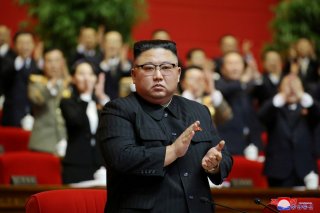 To be successful, the upcoming administration policy review requires more than a touch of realism about Washington’s diplomacy. Can Kim be sold on denuclearization? Doubtful. Can he be convinced on disarmament? Maybe. To have any chance of doing so, however, the United States must address its shortcomings, sell its position, and honor its promises.