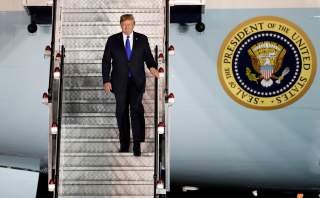 The détente between the United States and North Korea that emerged in 2018 was a refreshing contrast to the name-calling and escalating tensions that characterized 2017. However, it is a fragile détente, and there is no guarantee that it will last throughout 2019. Although President Trump appears serious about wanting to continue the rapprochement with Kim Jong-un, he is surrounded by hawkish advisers, including Secretary of State Mike Pompeo and National Security Advisor John Bolton, who have long advocated an uncompromising policy toward Pyongyang. Liberal critics seeking partisan advantage also continue to snipe at Trump for allegedly appeasing North Korea.

Even more troubling, U.S. policy still is based on the highly questionable assumption that Kim’s regime ultimately will agree to—and actually implement—complete denuclearization. Given that North Korea’s leaders have seen how the United States treated non-nuclear adversaries such as Serbia, Iraq, Libya, and Syria, they are unlikely to abandon the one weapon that might deter Washington from contemplating forcible regime change in the future.

The Trump administration needs to adopt a set of more realistic objectives. Achievable goals would include an agreement to continue and formalize both North Korea’s implicit moratorium on nuclear and ballistic missile tests and Washington’s implicit hold on the annual joint military exercises with South Korea. Beyond that measure, negotiations should commence on a formal treaty to end the Korean War and an agreement to lift U.S. and international economic sanctions in exchange for Pyongyang’s acceptance of limits on its nuclear and missile programs, as well as procedures for meaningful transparency.

A grave threat to the ongoing détente may occur if President Trump concludes that the North Korean government is engaging in deception and is merely stalling for time while strengthening its embryonic nuclear arsenal and missile delivery systems. Given his volatile personality and renowned pride, Trump might then reverse course and adopt an even more confrontational policy than he pursued during his first year in office.

Such a reversal not only would torpedo U.S.-North Korean détente, it would undo all of the hard work that South Korean President Moon Jae-in has done to improve Seoul’s relations with the North. Unfortunately, if Washington reverts to a confrontational approach toward Pyongyang, there is little that Moon can do to prevent it. Like it or not, the United States, not South Korea, calls the policy shots. South Korean leaders need to understand that such is the price of relying so heavily on Washington for their country’s security.

Ted Galen Carpenter, a senior fellow in security studies at the Cato Institute and a contributing editor at the National Interest, is the author of 12 books and more than 750 articles on international affairs. His latest book is Gullible Superpower: U.S. Support for Bogus Foreign Democratic Movements (forthcoming, February 2019)