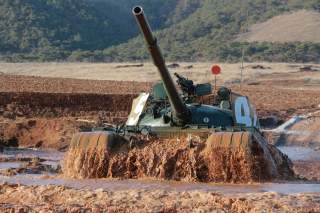 Since the recent assassination of Qassim Suleimani, the leader of the Iranian Quds force, there has been much talk of whether such targeted killings might become a regular feature of U.S. foreign policy under President Donald Trump. Trump, or more accurately his advisors and supporters, have cast around for years to define a ‘Trump Doctrine.’ This exercise has often stumbled because of the president’s mercurial and erratic foreign policy choices.

It is not clear if targeted assassinations are strategic enough to constitute a ‘doctrine.’ They appear more like a tactic or a tool to pursue a larger goal. Perhaps if coupled to a draw-down of US forces - Trump has occasionally nodded at retrenchment as his grand strategy – targeted strikes could be defended as filling in gaps left by departing US soldiers.

Drone strikes are an obvious temptation. They have clear political upsides. As unmanned machines, their loss does not provoke contention back home over casualties. There is a long-running debate about whether the US is too casualty shy to be a superpower – apparently Osama bin Laden believed this. Drones sidestep that debate entirely, quite conveniently for politicians who want to avoid such uncomfortable topics.

Drones also blur conventional definitions of armed conflict. Manned vehicles with a flagged combatant moving over another states’ sovereign space is our intuitive definition of invasion and conflict. Drones do not quite conform to that. The norms around them are unclear, as witnessed in the debates over how to respond when they are shot down. This too is politically convenient.

Drones also have several operational benefits. They can loiter far longer than manned aircraft. They are cheaper, smaller, and use less fuel. They gather copious intelligence. In short, the ‘drone-ization’ of surveillance and conflict – in the air especially – seems likely.

The downside though is a carelessness or caprice in using them because of their lower costs. And this is arguably what we see in the Middle East, where the U.S. has substantially stepped up drone usage since the election of Barack Obama. Specifically, because the U.S. faces small and weak opponents in the Middle East – Syria, Libya, Iran – and operates in weak, fragmented states like Yemen or Somalia, the U.S. can use drones with less blowback. This would also apply if the U.S. were to expand usage in Africa or the Caribbean basin. Weakened states like Venezuela would have little recourse if the U.S. were to start penetrating its air space in this way.

Importantly though, this does not apply in North Korea, nor against other U.S. opponents with substantial, well-organized militaries. Indeed, this seems to be much of the concern about the Suleimani strike: Iran has substantial and serious retaliatory capabilities. And North Korea would be even worse, for three specific reasons:

North Korea is acutely sensitive to a perception of being dominated and would almost certainly respond and probably escalate too:

Any U.S. drone strike against a North Korean target, especially a high-ranking individual akin to Suleimani, would almost certainly incur North Korean retaliation. Van Jackson has argued that North Korea has an ‘offensive theory of victory’ and harbors deep fears about reputational loss. If it is hit, it will feel it must hit back. But even if North Korea is more status quo-oriented than this, we still know little about its internal redlines for the use of force. For these reasons, much of the North Korea analyst community argued against Trump’s ‘fire and fury’ and ‘bloody nose’ language in early 2018. The same concerns still apply. We just do not know how Pyongyang would respond, but given its history and routinely belligerent tone, a tit-for-tat response is likely. There is almost certainly no ‘one and done’ option here.

Assuming a Northern response, the North Koreans would almost certainly act away from the main theater of contention. In the last several decades, the North blew up a South Korean airliner, tried to blow up the South Korean cabinet, killed a dissident member of the ruling family in Malaysia, hacked multiple targets in South Korea, the U.S., around Asia and routinely took American hostages. The North will not play by any rules in its retaliation. U.S. civilians somewhere in the world would almost certainly die in response.

The unique vulnerability of Seoul:

A conventional strike by the North is unlikely. It has used plausibly deniable asymmetric means to lash out at opponents for decades. But a Suleimani-style strike which targeted figures very close to the supreme leader Kim Jong Un – recall that Suleimani was number three in the Iranian hierarchy - could provoke something greater. And here South Korea’s unique vulnerability has always played a role in stopping U.S. and South Korean action against the North. Counter-strikes for the many North’s transgressions have always faltered because of the proximity (25 miles from the border), size (20 million people), and vulnerability of the Southern capital. It was too risky in the past, and that has not changed.

There are many legal and moral issues surrounding the spiraling use of drones, but in the Korean case, these are obviated by the strategic ones.