There Shall Be No God But Kim Jong Un 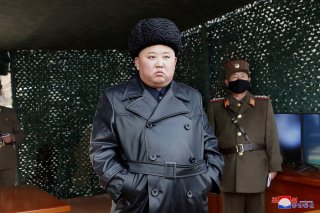 Deacon Jang’s case is just one example of North Korean dictator Kim Jong-un’s attempts to suffocate religious freedom. The Kim dynasty’s cult of personality leaves no room for any independent religion or belief. After decades of persecution, the percentage of the North Korean population affiliating with a religion—including Christianity, Buddhism, and Cheondoism—plummeted from approximately 24 percent in 1950 to a mere 0.16 percent in 2002.

The only houses of worship in North Korea are state-sponsored venues tightly controlled by the regime and available exclusively to citizens deemed loyal. Anyone else caught practicing their religious beliefs or possessing religious texts risks arrest, torture, or even execution. Christians are especially vulnerable because the ruling Workers’ Party views them as foreign agents and the practice of Christianity is treated as a political crime. North Korean propaganda has even compared missionaries to vampires.

As Commissioners for the U.S. Commission on International Religious Freedom (USCIRF), we review reports about religious freedom conditions in dozens of countries; the situation in North Korea is one of the worst in the world. As such, we are advocating for the release of Deacon Jang through USCIRF’s Religious Prisoners of Conscience Project. We also hope to increase awareness of the thousands of individuals held in North Korea’s political prison and labor camps for their religious beliefs.

There’s nothing permanent or inevitable about this state of affairs. A century ago, Pyongyang was known as the “Jerusalem of the East” because of its thriving Christian population. Individuals from all religious communities could worship freely and openly. South Korea has proven that religious freedom can take root and thrive on Korean soil.

Progress on religious freedom in North Korea is possible but will require patience, flexibility, and U.S. leadership and commitment.

First, USCIRF recommends making religious freedom and other human rights a priority during any negotiations with the North Korean government. U.S. administrations have typically treated nuclear nonproliferation and human rights as competing goals, but that need not be the case. As argued in a recent USCIRF report, negotiators could draw upon the Helsinki Accords to pursue a comprehensive agreement that furthers progress on both issues. North Korea in 2020 is not Eastern Europe in 1975, but there are valuable lessons to be drawn, such as the importance of coordinating with allies and not preemptively limiting the scope of rights raised during the negotiations.

In addition, we recommend the State Department’s Bureau of Democracy, Human Rights, and Labor (DRL) prioritize projects on North Korea given the limited access its citizens have to accurate and reliable information. It is more difficult for the North Korean regime to censor legacy broadcast and nonnetworked digital technologies, so DRL should focus on the use of DVDs and USB drives to promote the dissemination of information.

Finally, the State Department should fill the current vacancy for the Special Envoy for North Korean Human Rights Issues. Past special envoys have been instrumental in raising awareness of and rallying international support to take action against religious freedom violations in North Korea. The last Special Envoy was Robert R. King (2009—2017), and the post has been vacant since his departure.

For too long, the international community has shied away from forcefully pressing the North Korean regime about its human-rights abuses for fear of jeopardizing ongoing security-related negotiations. Although most people recognize the gravity of the security concerns on the Korean Peninsula, neglecting human rights has not led to breakthroughs on nonproliferation issues. It is time for creative thinking about how to protect both security interests and basic human rights.

James W. Carr is a commissioner on the United States Commission on International Religious Freedom.

Frederick A. Davie is a commissioner on the United States Commission on International Religious Freedom.