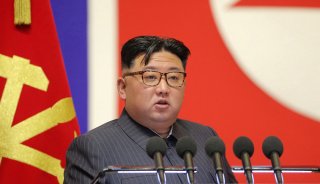 U.S. Ambassador to the United Nations Linda Thomas-Greenfield condemned China and Russia on Wednesday, accusing them of helping the North Korean government by blocking UN resolutions intended to impose penalties on it for its nuclear and ballistic missile programs.

“The DPRK has enjoyed blanket protection from two members of this council,” Thomas-Greenfield said, using North Korea’s formal name, during an emergency meeting of the UN Security Council convened after North Korea launched a ballistic missile over Japan earlier in the week. “In short, two permanent members of the Security Council have enabled [North Korean supreme leader] Kim Jong-un.”

Although Tuesday’s ballistic missile test was only the latest in a string of similar exercises—coinciding with Vice President Kamala Harris’s visit to South Korea and a series of joint naval exercises between Washington and Seoul—it was the first in five years to enter Japanese airspace and cross over the island nation’s territory, a move that could have ended disastrously if the missile had malfunctioned and fallen onto a civilian area. Japanese residents of Hokkaido, the country’s northernmost island, took cover during the launch, and Japan’s Foreign Ministry angrily condemned it, arguing that it constituted a violation of Japanese sovereignty and international law.

At the meeting, however, both China and Russia voiced their opposition to a public UN Security Council meeting, arguing that it would further inflame the situation. China’s deputy UN ambassador, Geng Shaung, claimed at the meeting that the body tended toward “relying solely on strong rhetoric or pressure” and needed to “contribute to a detente, rather than fueling escalation.” Geng also speculated that North Korea had launched the missile as a response to the “provocative” ongoing naval exercises, suggesting that the United States was partially to blame for the launch.

Thomas-Greenfield pushed back against Geng’s remarks, arguing that Russian and Chinese inaction on the North Korean issue constituted “a clear effort … to reward [North Korea] for their bad actions” and claiming that the two nations’ position “cannot be taken seriously by this council.”

Despite Russian and Chinese opposition, nine members of the Security Council—the United States, the United Kingdom, and France, the other three permanent members with veto power, as well as Albania, Brazil, India, Ireland, Norway, and the United Arab Emirates—strongly condemned the launch in a joint statement.

“These launches violate multiple Security Council resolutions and pose a threat to not only the region, but to the entire international community,” the statement read. It called on other UN member states to condemn Pyongyang’s actions, noting that the North Korean government had “made its intentions clear” earlier in the year when it vowed never to surrender its nuclear arsenal and openly considered a first-strike policy against South Korea and the United States.