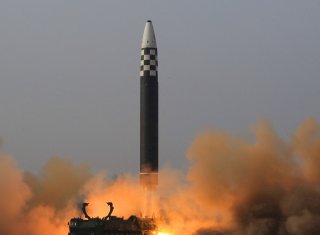 National Security Advisor Jake Sullivan warned on Sunday that the United States, Japan, and South Korea would coordinate their responses to a widely anticipated North Korean nuclear test—a step that Pyongyang has repeatedly warned it would take as tensions on the Korean Peninsula reach a boiling point.

Sullivan spoke to reporters aboard Air Force One during President Joe Biden’s visit to the G20 summit in Bali, Indonesia. He claimed that the U.S. response to such a test would involve extensive cooperation with South Korea and Japan, Washington’s two primary allies in East Asia and longtime targets of verbal abuse from Pyongyang.

“I won’t telegraph the response, but I will say directly … Yes, the three leaders did coordinate on a joint response in the event that there would be a … nuclear test,” Sullivan said, referring to Biden, President Yoon Suk-yeol of South Korea, and Prime Minister Fumio Kishida of Japan.

“And that work has been ongoing for some time, so now it’s in the stage of just being refined,” he continued. “But I think you can expect a trilateral response, well-coordinated, among the three countries in the event that there is such a test.”

Sullivan declined to elaborate on how the three countries would respond in the event of a North Korean nuclear test, claiming that he did not intend to “telegraph” Washington’s response. “I think it’s important to leave the space for the teams to really coordinate on multiple elements that, you know, would include security, economic, and … diplomatic,” he said, noting that “all of these elements are being … coordinated very intensively among the three countries.”

Tensions between North Korea, South Korea, and the United States have risen steadily throughout 2022. Incensed by recent joint naval and air exercises between the United States and South Korea, Pyongyang has conducted dozens of missile tests throughout the year, including the largest in its seventy-year history in early November. It has also fired hundreds of artillery shells into disputed waters, reportedly launched its own air exercises in response to the U.S.-ROK ones, and fired a missile over the northern Japanese island of Hokkaido, leading the island’s residents to seek shelter and prompting an angry denunciation from Japan’s UN ambassador.

Sullivan emphasized in his comments to the press that North Korea’s nuclear test—the country’s seventh overall and the first since 2017—would be a “flagrant violation” of international law and would represent “a threat to [global] peace and security.”