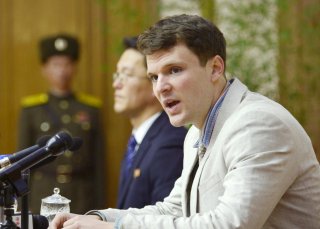 A New York court awarded the parents of Otto Warmbier, the American student who fell severely ill during his imprisonment in North Korea and died shortly after his release, nearly a quarter of a million dollars in funds confiscated from a North Korean bank.

Judge Lawrence Kahn of the Northern District Court of New York approved the seizure from the Korea Kwangson Banking Corporation, a Pyongyang-linked bank, after it failed to contest a forfeiture order. Frederick and Cynthia Warmbier received a payment of $240,336.41 and an unspecified amount in accrued interest.

Warmbier, a former student at the University of Virginia, initially traveled to North Korea as a tourist in December 2015. In January 2016, immediately before his planned departure, he was arrested and sentenced to fifteen years of hard labor for allegedly stealing a North Korean propaganda banner from his hotel.

During his seventeen-month imprisonment, Warmbier fell into a coma and was placed on a feeding tube. By the time he was released, he had reportedly gone both blind and deaf and suffered severe dental issues, according to a 2018 court ruling. He died six days after his return to the United States.

The North Korean government has denied responsibility for Warmbier’s death and claimed that his health problems resulted from a medication he took.

The 2018 court ruling rejected this explanation and found the North Korean government liable for Warmbier’s death. The ruling ordered Pyongyang to pay $501 million to Warmbier’s parents, of which the $240,000 payment represents a small fraction.

The North Korean government has refused to recognize the lawsuit. Confiscating Pyongyang’s funds is difficult because it is largely cut off from the international financial network and possesses few assets in the United States.

“[Kim] tells me he didn’t know about it, and I will take him at his word,” Trump said, although he later clarified that he held the North Korean government as a whole responsible.

Pyongyang also reportedly sent the United States a $2 million bill for Warmbier’s medical treatment while in custody, a bill that Trump indicated he had not paid.