What If Kim Jong-un Dies? Maybe Nothing. 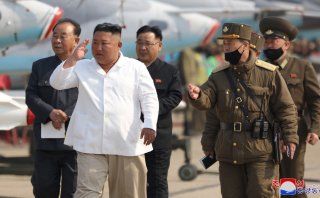 The short answer in the shortest-of-terms is: nothing.

If Kim Jong-un were suddenly to pass away, the outside world would likely not know about his passing for days. But two scenarios seem the most likely. The fact that the two scenarios range from status quo to total chaos tells us just how unpredictable the situation is and how little insight we have into the inner workings of North Korea.

The first is a scenario in which it is clear who will be the new leader of North Korea. The senior leadership of the country backs this person and begins to take steps to install her/him as the new leader. This process will be messier than that which brought Kim Jong-un to power. He at least had several years to prepare to assume that role. With the instability introduced into the regime, power centers vie for influence with the new regime and seek to settle old scores. There is an uptick in reported purges from North Korean media. But the process of settling scores remains behind closed doors. In the end, the status quo is upheld. The countries in the region begin to sound out the new regime to look for diplomatic openings. These overtures are met with a barrage of missile tests to indicate to internal and external audiences that the new regime is much the same as the old.

The second scenario is much more dangerous. In this scenario, the senior leadership fractures, and there is contested leadership for the country. The contest for leadership brings long-competitive power centers into direct conflict as they vie openly for influence and power. The score-settling is no longer hidden behind the curtain but bursts into public view. This brings the North Korean army into play and reports of unusual troop movements begin to be reported. In its most alarming form, there are clashes between North Korean military units. Control of nuclear weapons and stockpiles are contested. At the same time, the United States and South Korea watch the movements of China closely. China does the same. Any move towards setting up a forward control point from any party—ostensibly to stop potential refugee flows before they cross the border—sets off alarms. The table is now set for both China and the U.S. militaries to incrementally creep into North Korea, further complicating a dangerous situation.

Clearly, these are two very different scenarios with very different outcomes. My guess is that the first scenario is far more likely for one very understandable reason. The wealth and societal position of the top classes is directly tied to having a stable, secure country behind a single leader. A fracture would leave their fortunes twisting in the wind. Better to take a chance on political in-fighting than leaving it to a potential street fight.

Karl Friedhoff is a fellow in public opinion and Asia policy at the Chicago Council on Global Affairs. His writing as appeared in The New York Times and The Wall Street Journal, among others, and he has been a frequent guest on both TV and radio to discuss U.S. foreign policy in Asia, South Korea’s politics, and international relations in East Asia. ​