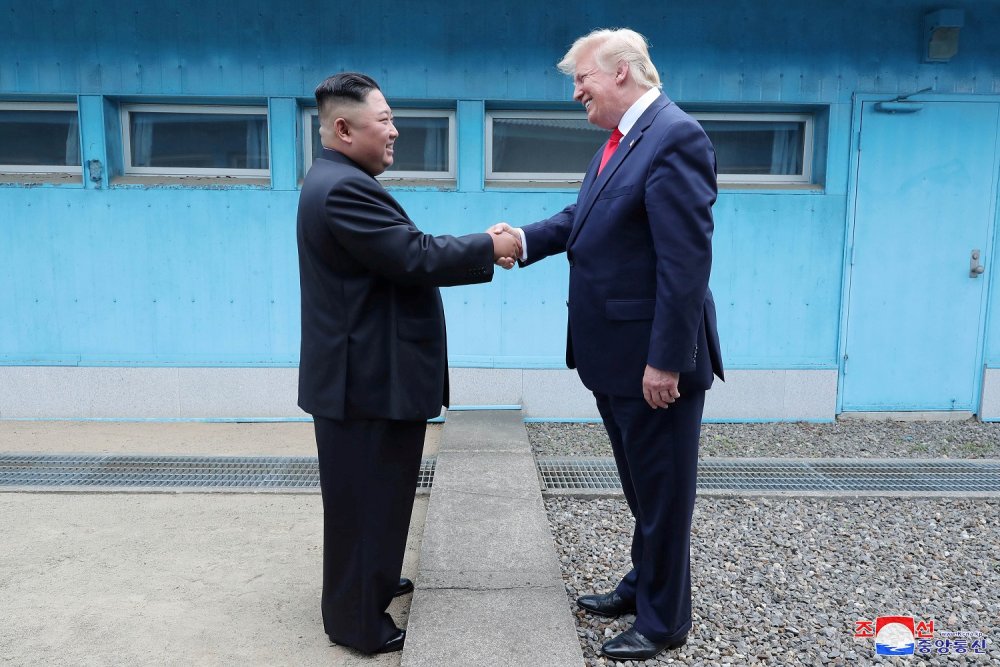 Supreme Leader Kim Jong Un’s speech closing the Plenary Meeting of the Worker’s Party of Korea left analysts with much to chew on. Kim staked out a path for North Korean relations with the United States that was less confrontational than weary of well-worn disputes. Kim’s dropped numerous hints that he is ready to give up on hopes for a comprehensive deal with the United States, at least until after the US election.

Kim reaffirmed the need for self-sufficiency in the North Korean economy, suggesting that he does not anticipate sanctions relief soon. He even allowed that a degree of additional belt-tightening might be necessary, an alarming suggestion given North Korea’s dire economic situation. Kim also argued in strong terms for improvements in the science and technology sectors, noting that this would both improve economic capacity domestically and contribute to the national defense.

On the foreign policy front, Kim used subtle language that placed the blame for the deterioration in relations firmly on the United States, while also suggesting that North Korea would end its self-imposed, unilateral moratorium on the testing of strategic weapons. Kim made special note of the sale of advanced military technology to South Korea (presumably the F-35 Panther stealth fighter) and the continuation of a variety of joint exercises between American and South Korean militaries as points of contention with the US. The moratorium on strategic testing (generally thought to apply to nuclear devices and ICBMs) was key to reducing tensions in 2018, and in opening the door to successive meetings between Kim and Trump. Kim did not directly suggest that North Korea would test another nuclear device, but he announced the development of a new strategic weapon soon, which presumably will be some new type of ballistic missile.

Kim’s discussion of strategic weapons undoubtedly leaves open the door for another test at some point during the next year. While the development of intercontinental ballistic missiles was surely North Korea’s most important military achievement since its first nuclear test, North Korea has plenty more steps that it can take with respect to its strategic arsenal. These include improving the reliability of its missiles, developing a MIRV capability, and developing a long-range SLBM capability.

Although Supreme Leader Kim did not reference the situation directly, recent events in the Iran-U.S. relationship will likely confirm to North Korean leadership that they took the correct direction in deciding to develop a nuclear program. Nukes have ensured Pyongyang a seat at the table with the United States, and appear to have ensured the immunity of the regime from outside attack. Sanctions continue to hurt, but an agreement didn’t save the Iranians from a similarly bitter sanctions regime. Moreover, as U.S.-China relations have deteriorated, North Korea’s social and economic isolation has broken a bit.

The bottom line, the speech suggests that North Korea is prepared to move on from the hopes it held that negotiations with the United States and South Korea would bear fruit. But this itself may be an effort at framing one last attempt at negotiations with the Trump administration. The North Koreans may still calculate that President Trump, desperate for a political win in an election year, represents their best hope at a serious deal with the United States. Kim has effectively signaled, however, that he is happy to wait out the election, and if necessary negotiate with a second-term President Trump or his Democratic replacement. But it is extremely unlikely that either the United States or the DPRK will meet the basic preconditions that each demand for successful negotiations. In particular, there is virtually no chance that the U.S. will curtail arms sales to South Korea, given the importance the President places on favorable terms of trade. The biggest worry is that North Korea may attempt to affect the election by testing an ICBM or even a nuclear device, creating a deeply unstable situation with an impulsive President.  However, as Kim has demonstrated a reasonable adroit sense of American politics since his ascension, we can hope he will avoid steps that would force Trump’s hand.