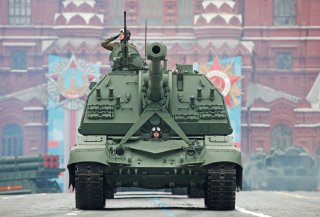 The U.S. National Security Council (NSC) claimed on Tuesday that Russia had secretly purchased a “significant” number of artillery shells from North Korea for use in its ongoing war in Ukraine—a development that occurs as Russia’s domestic supply lines have been hampered by poor coordination and logistics, corruption, and sanctions.

NSC spokesman John Kirby made the allegation during a regularly scheduled press briefing on Wednesday, claiming that the United States had uncovered evidence of the alleged sale. Kirby declined to make the findings public. Kirby expressed doubts that North Korean weapons sales to Russia would not help the Kremlin prevail in its invasion but said that Washington would surveil the transaction anyway.

“Our indications are that the DPRK is covertly supplying [the artillery], and we are going to monitor to see whether the shipments are received,” Kirby said, referring to North Korea by an abbreviation for its formal name, the Democratic People’s Republic of Korea.

Tensions between the United States and North Korea remain at an all-time high, and Pyongyang has stoked American anger through repeated missile launches from its territory—including the firing of two dozen missiles earlier in the week. North Korea has conducted more weapons tests in 2022 than in any previous year since 1953, when the armistice ending the Korean War was signed. The North Korean state-run Korean Central News Agency (KCNA) indicated that the missile launches had taken place in retaliation for a series of joint U.S.-South Korean air exercises, but State Department spokesman Ned Price dismissed this, claiming that North Korea was “reaching for another pretext for provocations it has already undertaken, potentially for provocations that it might be planning to take in the coming days or coming weeks.”

Throughout Russia’s invasion of Ukraine—now in its ninth month—the United States and its NATO allies have warned neutral nations, including China and Iran, against aiding the Kremlin. Although China has largely refrained from providing Russia with direct military assistance, Iran has sold hundreds of drones to the Russian army and has reportedly deployed technical experts to the Russian-annexed Crimean peninsula to train Russian drone operators in their use.

Although North Korea has not maintained a direct military role in Ukraine, it has openly supported Russia during the invasion. North Korea was one of five nations to oppose a vote condemning Russia for the invasion, alongside Russia, Belarus, Syria, and Eritrea. Pyongyang also opposed a resolution in early October condemning Moscow’s “annexation” of four Ukrainian provinces.

North Korea denied exporting weapons to Russia in September, demanding that the United States “keep its mouth shut” after it raised the allegations.