Why Can’t the Japanese and Koreans Get Along? 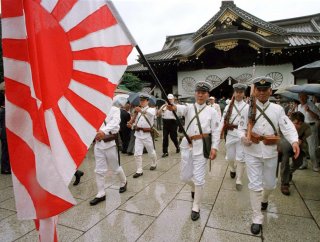 Another year is about to pass as a critical diplomatic stalemate continues. Some people had hoped that the recent political changes would jumpstart diplomatic talks, but so far there has been little movement. What can be done in the coming year to move diplomacy forward between Japan and South Korea?

Tokyo recently swapped one Liberal Democratic Party (LDP) prime minister for another. Newly installed Fumio Kishida is a “dove” within the LDP system, who, reported Kookmin University’s Yeo Hyun-jun, has “demonstrated significant interest in the Korean Peninsula, unlike his hawkish predecessors.” This triggered an upsurge of South Korean speculation that Tokyo might make the peninsula a priority.

So far, however, Japan has paid little attention to Korean issues. That is hardly surprising given current circumstances. Kishida took longer than usual for a new Japanese premier to call Seoul, but he and Moon did speak on October 15.

By their accounts, it was a correct if non-substantive conversation. Kishida said that he termed bilateral relations as being in a “difficult situation” and “strongly called for an appropriate response” on the highly combustible issue of wartime compensation. Meanwhile, Moon offered the anodyne: Relationships between the two countries are experiencing difficulties due to several issues, but I think that we can overcome them together if we have the will and make efforts.

If only it was that easy.

History hangs heavy over Northeast Asia. Although the behavior of none of the ancient states would meet modern standards, Japan was the most recent wannabe hegemon and deployed brutal force to advance its ends. Tokyo’s defeat of China in 1895 effectively left the Korean peninsula to Imperial Japan, which eventually turned Korea into a colony and treated Koreans accordingly. Out of World War II came the two most significant controversies: coerced labor and forced prostitution.

Of course, there is no excuse for Tokyo’s behavior, but that conflict was filled with horrific conduct—mass murder, barbaric warfare, concentration camps, ruthless aggression, organized looting, mob rape, and so much more. South Koreans endured much but consider what the Japanese army visited upon the residents of Nanjing, China. And how conquered peoples and prisoners-of-war were treated. Nazi Germany’s crimes were even greater. Tragically, there is no way to make so many victims of so much whole.

Moreover, the perpetrators are almost all dead. The leaders and organizers, certainly, are beyond the reach of human justice. A few foot soldiers might live on, but would have to be in their 90s, well on their way to their cosmic reward. Demands for apologies and compensation now fall on younger generations, who bear neither moral nor practical responsibility for what transpired.

Equally important, the victims, too, have largely passed away. Nothing diminishes the evil nature of the crimes committed and injustices done. However, those who deserve compensation are mostly gone. Rewarding the heirs of the departed with funds from the heirs of those responsible is an arbitrary wealth transfer that rests upon political, not moral, grounds.

Yet it is this controversy that causes two close U.S. allies to treat each other as adversaries, or close.

In theory, Seoul and Tokyo put the issue behind them with the 1965 normalization of relations, which included a significant aid package from Japan, reparations in all but name. That was sufficient during the dictatorship of Park Chung-hee, who had served in the Japanese army, which positioned him for later service in the South Korean military. The issue still festered, however, and in 2015 the Republic of Korea—whose president, Park Geun-hye, was his daughter—reached an agreement over the ongoing controversy regarding the World War II “comfort women,” most of whom were forced into prostitution by the Japanese military.

However, the battle erupted again in the courts as South Koreans conscripted to make arms and provide sex sued Japanese companies and the Japanese government. The Moon administration stood aloof from the controversy, claiming that it could not influence the courts while privately applauding the outcome. With judges threatening to seize and sell the property of Japanese firms, Tokyo imposed trade sanctions. The Republic of Korea responded by suspending a trilateral pact, known as the General Security of Military Information Agreement, which provided for intelligence-sharing. Under pressure from Washington Seoul reinstated the agreement but refused to compromise on the broader issue.

This is where the controversy remains, even as U.S. and South Korean negotiations with North Korea stalled and American relations with the People’s Republic of China tanked.

“This crisis has left Tokyo-Seoul relations at the worst state in decades,” according to an op-ed written by Yeo Hyn-Jun and published by NK News.

However, nothing is likely to change, at least in the near term. The South Korean presidential election is just months away. Moon has two priorities: aiding his party’s candidate to succeed him and reviving talks with the Democratic People’s Republic of Korea. His interest in conducting discussions with Japan over historical issues, and especially making concessions as part of any negotiations, is minimal. Nor would he or his party’s majority in the National Assembly be inclined to make an unpopular deal with the presidency up for grabs in March.

Japan is even less likely to address the issue. “A cursory look at Japanese media indicates a major decline of interest in Korean Peninsula issues,” Yeo said. Angry over what Tokyo sees as the Moon government’s repudiation of prior settlements of historical issues, the former is prepared to wait. “Japanese society and the country’s political class have come to a near consensus opinion: No improvement of relations with the ROK is possible unless Seoul formally changes its position,” Yeo said.

What amounts to disinterest runs more broadly. Ironically, though Tokyo remains fearful of North Korea, Japanese interest in the peninsula has waned. During summit-mania when the DPRK’s Kim Jong-un met with China’s Xi Jinping, South Korea’s Moon Jae-in, and Russia’s Vladimir Putin as well as Donald Trump, Japanese Prime Minister Shinzo Abe apparently also hoped to arrange a summit. However, since then Pyongyang has retreated from international diplomacy and the PRC has moved to the forefront of Japan’s strategic considerations. At this stage, little return is expected from dealing with the North. So the entire peninsula appears to have been assigned a secondary interest.

The best hope for change rests upon the upcoming Republic of Korea election. Japan is a minor concern but has been addressed by both candidates. Ruling party candidate Lee Jae-myung appears to disdain any accommodation with Tokyo. He advocated “two-track approaches” that would encourage economic ties while taking a strong stand on historical and territorial controversies—essentially Moon’s approach, which Japan decisively rejected. Lee also targeted Tokyo after winning his party’s nomination, pledging to adopt policies so the ROK “overtakes Japan, catches up with advanced countries, and finally leads the world. We will make Korea.” These sentiments will not endear him to Tokyo.

The opposition candidate, Yoon Seok-yeol, offered more hope of compromise. He made a mandatory pledge of playing tough—taking an “assertive stance”—on matters of history and territory. However, he pointed to better relations during the Kim Dae-jung presidency. And he said Japan shared “liberal democracy and free-market” values with the South. Whether and how Tokyo would respond is unknown, but Yoon appears more likely to press for a breakthrough.

The Biden administration should do its best to moderate relations between its two squabbling allies. Future threats from China and North Korea are more important than past grievances from South Korea and Japan.

Moreover, Washington should make clear that America’s military presence in both countries is not forever. They do not require permanent support, and the U.S. cannot afford to keep them as permanent military dependents. They will be better prepared for the inevitable drawdown if they work together. And the sooner they begin, the smoother the process will be.