Why Can't We End the Korean War? Ask Kim Jong-un. 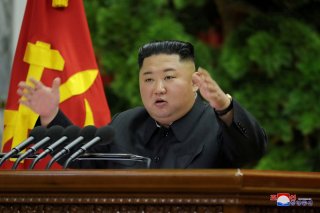 “Who would disagree with the idea of ending the war on the peninsula?” asked Rep. Bae June-young, spokesman of the United Future Party, the main opposition political group in South Korea, referring to the Korean War.

The fighting in that horrific conflict ended July 27, 1953, with an armistice, but the combatants have yet to agree to a treaty formally ending the war.

Don’t expect a signing ceremony anytime soon. As long as the Kim family rules from Pyongyang, there will be no enduring peace on the peninsula. And there will be no treaty ending what the Kims call the “Great Fatherland Liberation War.”

At the moment, there is momentum for a treaty. In South Korea, 174 lawmakers in the 300-seat National Assembly submitted, just a few weeks ago, a resolution calling for a declaration of the end of the war. In the U.S., Rep. Ro Khanna, the California Democrat, successfully pushed for similar language to be included in the House version of the National Defense Authorization Act.

With so many parties in favor of a peace treaty, why can’t they ink one?

For one thing, a treaty is hard to conclude because a formal peace could disrupt what is now a generally tranquil situation. Independent South Korean lawmaker Yoon Sang-hyun perceptively argues a declaration to end the war would effectively recognize North Korea as a “normal state,” lead to the end of the South’s military alliance with the U.S., and signal the international community’s acceptance of the North as a nuclear nation. In short, a treaty could actually make things worse.

Perhaps these obstacles could be finessed, but it does not matter because peace is absolutely unacceptable to the Democratic People’s Republic of Korea. The DPRK, as it calls itself, maintains it is the only legitimate state on the peninsula. The war, which it started to get conquer the other Korea, is the defining moment for the Kim regime, and it is not in its interest to end it.

The Korean peninsula is the world’s most dangerous political experiment. There are now two Koreas: one full of rich Koreans and the other populated by poor ones. And they sit, of course, side-by-side.

The poor Koreans can accept relative poverty as long as they believe they are doing so for a cause. That cause, they have been told, is the removal of American forces from Korean soil and the extension of the Kim family’s “juche” system to all points of the peninsula. So Kim family legitimacy rests on its holy duty to eliminate the Republic of Korea, the other Korean state.

A peace treaty, therefore, would be a tacit recognition the Kim family had failed in achieving its core goal. The regime, unfortunately, cannot survive in a peaceful peninsula.

So who disagrees with the idea of ending the war on the peninsula? That would be North Korea.

Gordon G. Chang is the author of Losing South Korea and of Nuclear Showdown: North Korea Takes On the World. Follow him on Twitter @GordonGChang.