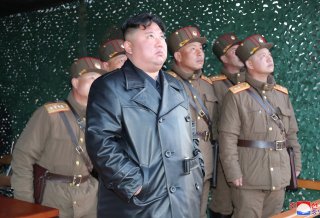 Many people may expect that North Korea would follow the case of East Germany if Kim Jong-un died suddenly. It appears, however, that the German model would be very difficult to realize because it is less likely to be supported by neighboring great powers and the North Korean people.

Rather, it is possible that a new leader or power group may rise after a series of fierce power struggles and replace the Kim Jong-un regime. If the North Korean domestic situation is stabilized, China and Russia would be more likely to approve of the new regime in North Korea. Because they would regard Kim’s sudden death as the collapse of the Kim Jong-un regime, not the collapse of North Korea as a nation, they are less likely to see Kim’s death lead to the unification on the Korean Peninsula and would support the rebuilding of a new regime in North Korea.

Even if a new leader does not emerge, the international community, mostly United Nations Security Council and neighboring powers, will have to cooperate on intervening politically to stabilize the North Korean domestic situation. Some may predict that Chinese troops may enter North Korea, but Beijing is less likely to intervene militarily because China does not want to be involved in a severe armed conflict against the United States. Also, China and Russia will insist on holding elections at the will of the North Korean people, just as other nations did after a regime collapse. It is doubtful, however, whether free elections would actually be held in North Korea, considering its unstable domestic political structure.

This would be a shocking scenario to the South Korean people, but a more likely one that would happen. Even if Kim Jong-un died suddenly, North Korea will continue to exist as a nation in any case. A new leader or power group may emerge by force or a new political group will take power with the support of the North Korean people.

Hwang Jihwan is Professor in the Department of International Relations at the University of Seoul. His research interests include a diplomatic policy and Relationship between South and North Korea.