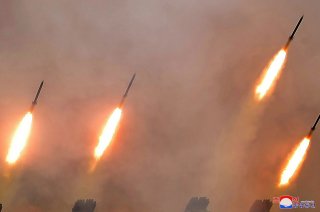 When we speak of America’s forever wars, we tend to think of Afghanistan and perhaps Iraq, but of course, the United States has been at war with North Korea for over three times as long. If the term ‘forever war’ implies that many people are beginning to question whether it is worthwhile, then North Korea’s status as a longtime U.S. adversary seems so etched into the minds of foreign policy inclined Americans that pressure for it to end pales in comparison to the acceptance of this status quo. As the war reaches its seventieth anniversary, the prospects of its ending warrant special attention.

We debate the causes and consequences of North Korea’s nuclear weapons program, but some causes that few would disagree with, although their importance can be debated, is that the United States is much more powerful than North Korea, has a military alliance with South Korea (not to mention Japan and Australia), has not formally recognized North Korea despite President Donald Trump’s recent summitry, and has not ended the Korean War. Given all this, should we be surprised that North Korea has turned to nuclear weapons, especially after the fate of Saddam Hussein’s Iraq and Muammar el-Qaddafi’s Libya?

I would argue that one way for the United States to end North Korea’s love affair with nuclear weapons—if that is indeed possible—would be for the United States to somehow credibly commit to living with North Korea. This now means credibly committing to living with a nuclear North Korea, which many Americans and others would not be willing to do. But if the alternative is war on the Korean Peninsula, then isn’t this at least worth further consideration?

There are several challenges, not least of which is that Kim knows democratic leaders come and go and that their successors can always press the reset button on the North Korea relationship. Kim, therefore, has little incentive to play along. We can criticize Trump’s summitry for its lack of lower-level planning, but even had this been much better, Kim still would have had strong incentives to demand much, to commit little, to play a long game and see who would succeed Trump. After seven decades of mistrust and little communication, cycles of threats and confrontation are hard to get away from.

Ending the Korean War seems a good—perhaps the best?—way for a U.S. president to signal to North Korea that Washington not only wants to ratchet down tensions but is willing to at least seriously consider living with a nuclear North Korea. But the many forces which have pushed against this thus far lead me to regard this as unlikely; it may be most likely if Trump wins a second term in November. If he continues his summitry with North Korea, then there may be a good chance that the end of the war will be part of a larger settlement. Of course, if this settlement involves the United States in any way weakening its alliance with South Korea—I expect it would—it could be a very destabilizing outcome that might even lead to a greater probability of conflict. In that event, Trump or his successor could still reinstitute the state of war with North Korea much more easily than the current state of war could be ended. Given that these pressures to maintain, or reintroduce, a state of war seem far greater than any initiatives to overcome them, I’d predict that the Korean War will most likely not have ended by 2025. So it may be the ultimate forever war of our time.

Michael D. Cohen is is a senior lecturer (assistant professor) at the National Security College of the Australian National University’s Crawford School of Public Policy. He is author of When Proliferation Causes Peace: The Psychology of Nuclear Crises and is co-editor of North Korea and Nuclear Weapons: Entering the New Era of Deterrence.