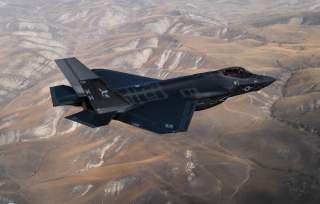 There is no shortage of instantaneous reactions when North Korea conducts a ballistic missile test. That missile launches are relatively common within the North Korea context—Pyongyang has tested dozens of missiles over the last several years, including the intercontinental Hwasong-15—-doesn’t overshadow the adrenaline rush that ensues the moment another one is announced.

Last week’s test of a short-range ballistic missile, supposedly molded on Russia’s SS-26 Iskander, was no exception. While military experts were trying to get as much technical information about the missile as possible, North Korea analysts were debating about the message Kim Jong-un was hoping to send to Washington and Seoul.  Could it be a warning to President Trump that the North Koreans are losing the last of their patience with diplomacy? Was it a ploy to add more leverage before working-level denuclearization talks resume?

In this case, the most recent test may be less a protest about the Trump administration’s negotiating strategy and more about retaliating against South Korea’s acquisition of the F-35 joint strike fighter. Pyongyang hasn’t made its opposition to the combat aircraft delivery a secret. On July 11, about two weeks before the launch, an unnamed official in the North Korean Foreign Ministry’s Institute for American Studies lambasted Seoul’s purchase of the F-35 as an “extremely dangerous action” requiring countermeasures from the North. And sure enough, the North Koreans met their words with actions later in the month. Commenting about the missile exercise after it concluded, Kim Jong-un stated that “It is a work of top priority and a necessary activity for the security of the country to steadily develop powerful physical means and conduct tests… to neutralize those weapons that pose undeniable threats to the security of the country immediately.”

This was Korean Central News Agency jargon for an eye-for-an-eye: the North isn’t going to sit passively and allow the F-35 acquisition to proceed without a response.

The obvious question is why Pyongyang is so petrified of the South Koreans owning and operating this particular aircraft.  Two reasons may help explain the anger from North Korean officials.

The first is political. While it’s impossible to get inside Kim’s head, the North Korean dictator likely perceives the deployment of the F-35 on South Korean soil as a direct violation of the June 2018 Singapore statement and the September 2018 demilitarization agreement between the two Koreas—both of which were prefaced on all parties gradually replacing the historical antagonism of six decade-plus with a more constructive relationship. Trump and Kim signed their names to a non-binding, two-page piece of paper whose first bullet point were committing to the establishment of “new U.S.–DPRK relations in accordance with the desire of the peoples of the two countries for peace and prosperity.”  Three months later, Kim and South Korean President Moon Jae-in put pen to paper on a more comprehensive de-escalation arrangement—the top objective of which was the North and South stopping “all hostile acts against each other in every domain, including land, air and sea that are the source of military tension and conflict.”

In a sense, Washington and Seoul both promised Pyongyang that measures would be taken to plant the seeds of a more stable, equitable, and respectful partnership even before a denuclearization accord was completed. Trump’s in-person summits with Kim, as well as President Moon’s inter-Korean initiatives throughout 2018, were designed in part to convince the North Korean leadership that the U.S. and South Korean governments were genuine in throwing out the old and bringing in the new. With South Korean pilots now in the cockpit of the world’s most technologically sophisticated aircraft, it doesn’t take a doctorate in North Korean studies to comprehend why Kim would interpret this as a hostile and duplicitous double-cross. Whether Washington and Seoul agree with the interpretation is irrelevant; to Pyongyang, the feeling is very real.

The second factor driving Kim’s animus is more practical: the F-35 is a damn impressive plane.  While the aircraft had its history of cost overruns and disappointments throughout the testing and development phase, the F-35 is second to none in terms of its versatility in the air. Its stealth features are the best in the world, which means adversarial air defense systems that are ordinarily second-rate will be reduced to shooting blind.  According toLockeed Martin, the maker of the F-35, “combination of the stealth features, active electronically-scanned array (AESA) radar technology, and the aircraft’s ability to carry its full component of weapons stores and fuel internally allows F-35 pilots to engage ground targets at longer ranges without being detected and tracked…”  For North Korea, a country that relies on over 13,000 dug-in artillery pieces a few dozen miles from Seoul as compensation for an antiquated conventional army, this kind of stealth capability is highly dangerous.

The F-35 could be even more of a threat to Pyongyang in the future. The Trump administration’s Missile Defense Review assessed that the aircraft could theoretically carry interceptors that destroy ballistic missiles in-flight. Mike Griffin, the undersecretary of defense for research and engineering, remarked this January that the Pentagon will be studying this capability more closely. If an air-to-air interceptor is eventually designed and successfully tested for the F-35, North Korea’s ballistic missile program will become less effective in a conflict situation.

There is nothing new about North Korea chafing at U.S. military deployments near the Korean Peninsula. The Kim regime has a habit of viewing all military movements in the South, regardless of how small and insignificant, as evidence that Washington and Seoul are preparing to instigate a war against it.

The F-35, however, is no ordinary weapons platform. And coming at a moment when inter-Korean talks are stalemated and working-level discussions between U.S. and North Korean negotiators are hanging on by a thread, it’s no wonder Kim ordered his generals to keep improving the country’s military power. If Seoul is intent on operating the F-35, they shouldn’t be surprised when the North Korean try their best to reach parity—or, more accurately, the appearance of it.