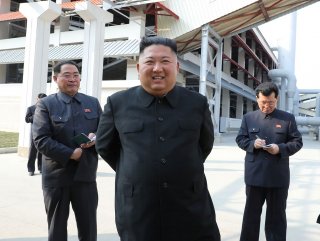 U.S.-North Korea relations are likely for the rest of 2020 to follow the adage, “the more things change, the more they stay the same.”

On the U.S. side, the Trump administration appears to have shifted focus away from North Korea, except to claim success in de-escalating tensions as part of President Trump’s re-election campaign. The president has downplayed North Korea’s short range missile tests as “very standard,” and tweeted well-wishes to Kim Jong-un upon his reappearance after a long, potentially health-related absence from public view.

The administration’s apparent desire to keep U.S.-DPRK relations on the back burner seems likely to continue throughout the rest of the year. The administration has little to gain from putting North Korea into the headlines, or making its combination of maximum pressure and high-level diplomacy into a campaign issue between now and November. For instance, the latest UN Panel of Experts report concludes that North Korea continues to advance its nuclear and missile programs, and that the regime has developed robust evasion strategies to bypass the sanctions regime. These factors, plus the logistical demands of a re-election campaign, make another Trump-Kim summit in 2020 unlikely.

How North Korea approaches the U.S. for the rest of 2020, by contrast, depends on how much North Korea has to gain from renewed confrontation vs. a period of relative quiet. Complete inaction by the DPRK is unlikely: North Korea continues to test short-range missiles, having likely interpreted the administration’s comments to mean that these tests fall short of the U.S. threshold for response despite their costs to U.S. forces and allies in East Asia. Such tests allow Kim Jong-un to continue making technical improvements to North Korea’s missile program. Moreover, they also give Pyongyang a means to respond to lower-level U.S. or international actions—such as exercises—in a way that maintains consistency with domestic rhetoric but keeps the risk of military escalation relatively low.

What about testing long-range missiles or warheads? Absent compelling technical reasons to test, Pyongyang’s logic will likely be based on how it sees the strategic game heading into a second Trump or new Democratic administration in 2021. Here, it’s not clear what North Korea gains from confrontation: any crisis comes with risks, and the current international environment appears to be tolerable enough for North Korea. If that interpretation is accurate, Pyongyang’s best bet is probably to sit tight until it has more information on what the U.S.-DPRK chessboard will look like in 2021.

Unforeseen events could, of course, throw off this calculus in unanticipated ways. Perhaps North Korea’s suspected COVID-19 outbreak will heighten the need for sanctions relief so much that a provocation in search of assistance seems like Pyongyang’s best bet. Or perhaps Kim Jong-un will have another health scare, and North Korea’s uncertain line of succession will again generate risks for internal and international stability. Neither of these scenarios is farfetched—meaning that, as ever with North Korea, U.S. strategy must also prepare for the unexpected.

Sheena Chestnut Greitens is an assistant professor of political science at the University of Missouri and a non-resident senior fellow at the Brookings Institution and the CSIS Korea Chair. In summer 2020, she will become Associate Professor at the LBJ School of Public Affairs at the University of Texas-Austin, affiliated with the Strauss Center and Clements Center for National Security. You can follow her on Twitter @SheenaGreitens.