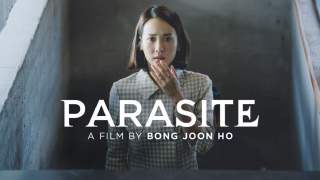 In the opening shots of Parasite, Bong Joon Ho’s riveting film about an impoverished family scraping by in the giant megalopolis of Seoul, a young man named Ki-Woo crouches near a window in his dingy basement apartment searching for a Wi-Fi signal. The neighbors have apparently turned theirs off, and he and his sister, Ki-Jeong, can’t get on WhatsApp or anything else on social media.

On advice from his father, Kim Ki-Taek, Ki-Woo holds his phone high, finds a signal in the corner of a bathroom, and triumphantly uses it to order pizza. As the family sits down to eat, the father, played by the beloved character actor Sang Kang Ho, offers a toast: to “this bounteous Wifi!” It’s a perfect scene-setter for what becomes a wild and crazy ride through South Korea’s deep social divide, and the first Korean film ever nominated for an Oscar (six in total).

Wi-Fi, as any traveler passing through Incheon International Airport knows, is ubiquitous in South Korea. I learned that a few years ago when I was reporting from the DMZ and a Korean friend introduced me to an “egg” device that picked up every signal nearby, allowing me to file stories to my U.S.-based editor directly from his speeding car. People are connected that way throughout the country, where smartphone ownership and Internet usage is the highest in the world.

In Parasite, Wi-Fi is the great leveler between rich and poor – in this case the ostentatiously wealthy Park family that lives in a mansion in the ritziest section of Seoul, and the struggling, working-class Kims, who use their wiles to infiltrate the Park family as tutors, drivers and housekeepers without their employers suspecting a thing. But each in their own way use Wi-Fi as a tool and a weapon. As Ki-Woo exults several times in what is clearly a favorite slogan of Bong’s: “It’s so metaphorical.”

The two families, of course, couldn’t be more different. The Kims live next to an alley of bars where drunks puke and urinate at all hours. Inside their cramped quarters susceptible to flooding, they rarely see the sun. Like many in South Korea, they are forced to exist with any odd job that comes along, such as folding pizza boxes for the delivery service that outsources its menial work to day laborers.

Meanwhile, the Parks, part of Korea’s pro-American corporate elite, live amidst quiet and greenery in a lifestyle modeled after the rich and famous in L.A. While the Kims get together in cafeteria-style restaurants that offer cheap but nutritious Korean food, the Parks entertain by bringing in foreign chefs who serve California-style pasta, gratin and salmon steak. They show off their faux-sophistication by sprinkling English words throughout their Korean-language conversations. relax; I’m deadly serious; perfect; you know what I mean.

But it’s Wi-Fi and the Internet that bring them together. When Ki-Woo (Choi Woo Shik) decides to take up a friend’s offer to recommend him as an English tutor to the Park’s teenage daughter, his sister (Park So Dam) goes on line to create a fake persona: a realistic-looking degree from prestigious Yonsei University, complete with an official red stamp (“the cherry on top.”)

That’s enough to get him hired; and soon enough, Ki-Jeong is on board, too, as an “art therapist” named “Jessica” for the Park’s bratty son (who is infatuated with American Indian getup, which his mother orders on line from U.S. retailers). As Ki-Jeong reminds herself before stepping inside the mansion for the first time, her “degree” is from the University of Illinois, and she once lived in Chicago (“Jessica, only child, Illinois Chicago,” she repeats).

The ruse doesn’t stop there. Ki-Jeong manages to get the Park’s driver fired by dropping her panties under the seat of the family’s Mercedes Benz, and the desperate and gullible Parks are convinced to hire her dad to replace him. In a scene that could be drawn from today’s headlines about the Wuhan coronavirus, Kim and his daughter convince Mrs. Park (Jo Yeo-jeong) that her long-time housekeeper Gook Moon-gwang (Lee Jung-eun) has a communicable disease that threatens her children.

She is quickly replaced by Kim’s own wife, Chung Sook (Jang Hye Jin), after Kim provides Mr. Park (Lee Sun-kyun) with a fake business card from Chung printed in simple English - “The Care” - to make her sound more western and American-like (like Ki-Woo’s diploma, it’s undoubtedly made on the Internet).

But it turns out that the Park’s former housekeeper has been texting the bratty kid on their cell phones, and she unexpectedly shows up one night when the Kims are partying in the mansion while the Parks are out of town on a camping trip. That’s when the “parasite” – a man driven underground by debt and violent loan sharks - shows up and destroys the uneasy equilibrium between the two clans. I don’t want to give anything away, but the old housekeeper eventually discovers the Kim family’s fakery, shoots video of them, and threatens to use her camera to send the film to the Parks. The game is up, and even Wi-Fi can’t save them now.

Kim, the father, anxiously asks Ki-Jeong if there’s a signal in this house; of course, there is, even in the basement. So the camera’s “send” button becomes a weapon, “like a North Korean rocket,” the ex-housekeeper says: if she threatens to push it, “these people can’t do anything.” Then the metaphor really takes flight. In one of the funniest scenes in the movie, she transforms herself into Ri Chun-hee, North Korea’s famous anchorwomen, who is often chosen to deliver, in her cadenced and melodious voice, North Korea’s most momentous announcements.

“Today our beloved Great Leader Kim Jong-Un, after witnessing the charlatan family video, was unable to contain his shock and fury at their wicked despicable provocation!” she shouts in a tremulous voice, a perfect imitation of Ri’s. “Therefore our Great Leader, in this age of denuclearization, has commanded that the nation’s last remaining nuclear warhead be driven down the throats of this wicked family! With their stinking guts serving as the last nuclear graveyard, Dear Leader’s wish to denuclearize and bring world peace can…”

She stops short when one of the Kims moves: “Hands in the air, fuckers!”

That’s the beginning of Parasite’s descent into madness, and the film takes a dark and violent turn that viewers have to experience for themselves. The clash ends with terrible losses to each family, yet the status quo has not changed at all. Through it all, the acting is superb, with Song Kang Ho – well known for his riveting performances in Bong’s The Host and many other films – bringing his personal brand of humanity to his role as patriarch of the poor but proud family.

So what is Bong trying to say with this remarkable film? On one hand, Parasite is a satirical but penetrating look into the unending class struggle in South Korea, where youth unemployment is dangerously out of control and the number of people working in “irregular” part-time jobs with no benefits recently hit a six-year high (6.6 million). It’s even stirred debate inside Korea about the country’s huge income gap. According to figures quoted by The New York Times, the top 10 percent of South Koreans held 66 percent of its wealth in 2015, while “the poorer half” held only two percent.

Yet Parasite is not a cry for revolution or radical redistribution of wealth. As some Korean critics have noted, Bong scrupulously avoids taking sides in his film. Parasite takes us “not to the ledge of class war but to a shrug over inequality,” E. Tammy Kim wrote last fall in The Nation (where I am a correspondent). “What bothers Bong is not the fact of poverty and unjust distribution; he only wants our social arrangements to feel a bit kinder.”

That seemed a little harsh to me, especially after seeing the film a second time this week. But Bong himself seemed to underscore her point when he agreed with a reporter’s assertion that “there's a huge lack of class solidarity between the various working-class people” in the film.  Yes, “the weak and have nots are fighting one another,” he told Gabriella Paiella in GQ. “And that's sad, but it's also realistic. And from those moments, you get this element of sadness, but also the comedy, as well.”

On a deeper level, Parasite seems to be about overcoming division, including the huge economic and social gap between South Koreans and their brethren in the North. Throughout the film, there are allusions to the divided country and the stress it brings to ordinary Koreans. At one point, Kim Ki-Taek, the driver, tells Mr. Park that he’s familiar with local roads, especially “anything below the 38th parallel.” We learn that rich peoples’ houses have secret bunkers “in case North Korea attacks or creditors break-in.” And then there’s the housekeeper’s friendly mocking of Kim Jong Un’s television announcer. “No one can imitate North Korean news anchors like you,” her husband exclaims to her, through laughter.