Will the Korean War’s Armistice Agreement See its 75th Anniversary? 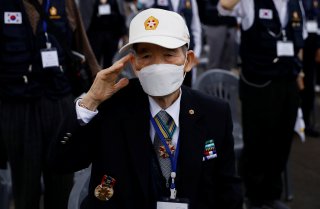 Will the Korean War’s Armistice Agreement see its 75th anniversary? It certainly shouldn’t. With a better, more realistic and diplomatically-minded set of signatories—that applies especially to the White House—it won't.

The Korean War is over in all but the formal, legal sense. It has been for decades, moving in fits and starts toward a genuine peace regime. Some events, such as the DPRK’s recent demolition of the Kaesong liaison office, may seem to forecast a return to violence or a permanent diplomatic rupture, but inter-Korean relations have changed too fundamentally over time to return to open conflict. Small provocations will not reignite war. Lately, the moments of true crisis have been driven more by international politics than by the governments divided along the DMZ.

In many ways, a formal end to the war is ‘just a slip of paper.’ In others, it critically limits the potential of real peace for the two Koreas. The Armistice halting hostilities in Korea was signed in 1953 by China and North Korea, and the United States on behalf of the United Nations. Envisioned by them all as an interim arrangement, it had already taken years to negotiate. South Korea decided not to be a formal party to the agreement, which means that today South Korea is not as critical to an eventual peace agreement as the U.S. or China is. That fact generates frustration for both Koreas as they try to move forward and engage in cooperative ventures, which cannot be legally undertaken without exemption from the UN’s sanctions.

One of the primary hurdles to a peace agreement is an issue having mostly to do with status: the United States does not formally recognize or maintain diplomatic relations with Kim Jong-un’s government. For a rogue regime, North Korea takes this snub very seriously. Mutual diplomatic recognition does not change the situation on the ground. Still, it is legally quite important, generating effects from the high politics of equal diplomatic representation and ambassadorial exchange to the low politics of travel and investment.

Many in the United States believe that North Korea should not be treated as an equal, at least in legal terms, due to its ongoing nuclear weapons development and its atrocious violations of human rights. They hope to use “maximum pressure” to compel it to the negotiation table where it must offer concessions if it hopes to receive American legitimacy. To paraphrase something that scholar David Kang rightly says, though: while the nuclear program is a problem, North Korea is not a “problem;” it is a normal country that is here to stay and must be dealt with as such.

In fact, the United States has negotiated with worse governments. Peace negotiations never take place between friends. As North Korea’s weapons programs proceed, efforts proven to halt or slow their progress are the ones that the world needs. Standing on principle yields worse outcomes than pragmatism.

Any new administration in the U.S. cannot help but look at the Trump Administration’s abysmal track record with North Korea and hope for more. As it has for its allies the world over, over the past three years the United States has brought disappointment and underdelivered for South Korea.

A peace agreement that finally concedes the status quo, two Koreas, and does not attempt dramatic change in either government should be easily underway within the next five years; given the depth and breadth of issues that must be resolved, completing it may take longer. But any effort requires different, more strategic thinking in Washington and a willingness to give more in exchange for a better, if imperfect, enduring peace.

China is also important but wants an agreement which keeps its buffer state intact, and prefers limiting the North’s nuclear progress. The days where North Korea could demand a full withdrawal of U.S. forces and China would back it have gone.

That said, North Korea will not be high on any new American leader’s list of priorities. At home, there are far more pressing concerns, where sustained attention and progressive change are even more overdue. If Donald Trump is reelected, it’s truly anyone’s guess.

Bridget L. Coggins is an Associate Professor at the University of California, Santa Barbara and a Visiting Scholar at the Fletcher School of Law and Diplomacy's Center for Strategic Studies. She is a member of the National Committee on North Korea (NCNK) and is the author of both Anarchy Emergent: Political Collapse and Non-Traditional Threat in the Shadow of Hierarchy as well as Power Politics and State Formation in the 20th Century: The Dynamics of Recognition.