Will North Korea Benefit from Joe Biden's Plan for Iran? 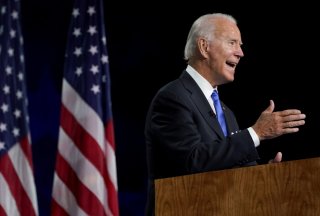 If elected, Joe Biden would want to keep Pyongyang from jeopardizing his first nonproliferation objective, which is to strike a lasting nuclear deal with Tehran, something his predecessors have failed to achieve.  He has already sworn off Trump’s “vanity project” of personally wooing Kim Jong-Un until there’s “an actual strategy that moves the ball forward on denuclearization.”  In contrast, he is ready to immediately begin negotiating with Iran’s leadership about complying with the 2015 nuclear deal.

That is, he can do it until he encounters increased pressure to work with Pyongyang’s regime, which may happen if North Korea conducts a nuclear or intercontinental ballistic missile test. Then, there is China and Russia, which both benefit from a nuclear North Korea. This adds stress to the alliances between the United States and Japan and the United States and South Korea. Additionally, Seoul is eager to make peace with Pyongyang. Count on all of these countries (except Japan) to push for negotiations.

These complications can be avoided. Iran might not agree to rejoin the current deal. Alternatively, Biden might get Tehran to commit to forswear enriching uranium and reprocessing spent fuel in law (something not clearly called for in the current deal) or to limit its missile force (conditions Pyongyang would presumably balk at as well as the Iran deal’s current prohibition on nuclear weapons).

In either of these cases, Pyongyang would hardly be eager to be saddled with similar terms. If Biden quickly returns to the 2015 nuclear understanding, though, and goes no further, then the pressure will likely increase for him to cut a deal with Pyongyang that would also allow it to continue to enrich uranium, albeit at a lower level.

Raising this prospect, much less reaching such an agreement with Pyongyang, would hardly sit well with Seoul, which has been hankering to have its own enrichment plant. Presumably, Washington would have to give Seoul equal treatment even though that action would almost certainly prompt Japan to finally open its near-complete reprocessing plant capable of making more than 1,500 bombs worth of plutonium annually.  The next problem would be China, which would surely ramp up its own current efforts to reboot its “peaceful” plutonium production capabilities.

Biden and his team may want options to deal with these risks.

One possible option would be to resume the Iran deal but sunset it in twelve months if Iran fails to agree to legally foreswear enriching and reprocessing (something Washington succeeded in getting the UAE to agree to and is pressuring the Saudis to adopt).  Biden might also demand a limitation on missiles. This would allow him to uphold his commitment to resume the Iran deal without creating an unhelpful precedent for East Asia or Iran’s neighbors.

Another option, which could be pursued in conjunction with the first option, would be to push for a Pacific fissile production pause. The pause would hinge on China, Japan, South Korea, and the United States agreeing not to reprocess for any purpose and to keep enrichment capacity at current levels until further notice.  Given that North Korea has already offered to shut down its nuclear production facilities at Yongbyon, it is feasible that this type of political understanding could also be offered to Pyongyang as an incremental step towards denuclearization.

The idea behind both options is to make sure that any deal cut with Iran does not encourage additional nuclear fuel-making in the Middle East or East Asia. That is a goal that Biden may have difficultly achieving as he balances making a deal with Iran as well as one with North Korea. It would be, however, his administration’s nonproliferation challenge and possibly his signature achievement.

Henry Sokolski is executive director of the Nonproliferation Policy Education Center and the author of Underestimated: Our Not So Peaceful Nuclear Future (2019). He served as deputy for nonproliferation policy in the office of the U.S. Secretary of Defense during the George H.W. Bush Administration