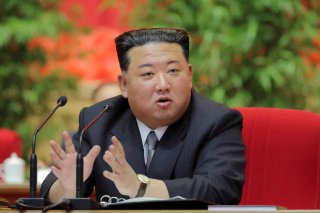 Ever since the Korean War, South Korea has had a law on the books called the National Security Act. Among other provisions, the law has put restrictions on North Korean state media in South Korea, including a prohibition on “praising, promoting or otherwise condoning the activities of an anti-State organization,” although the law has been somewhat relaxed over the years.

“In line with the basic policy of inducing North Korea’s participation, the ministry is planning to allow access to North Korean broadcasts to try to encourage North Korea to take similar steps,” a Unification Ministry spokesperson told NK News.

“Consultations are underway with relevant agencies in a direction that will help restore ethnic homogeneity and help our people understand North Korea. Following the consultations, we are planning to prepare and implement concrete measures.”

Past attempts to do so, according to the NK News report, have run into resistance from North Korea, which has sometimes asked for fees in exchange for the use of the broadcasts.

In a follow-up this week, NK News called the proposed change “long overdue.” It noted that police in South Korea had executed a warrant on a pro-unification activist who had distributed “North Korea-related content,” including the autobiography of North Korea’s founding leader, Kim Il-sung.

“South Korea’s insistence on censoring all private acts of simply consuming the North Korean media is the worst form of state paternalism,” NK News said. “It smacks of the ideological warfare of the Cold War, and doing away with crackdowns on North Korean media would go a long way toward helping the South escape a legacy of dictatorship and the global conflicts of yesteryear.”

Despite some relaxation since the end of the Cold War, the Korean Communication Standards Commission (KCSC) continues to block North Korean government material on many websites.

“What this all means is that South Korea has continued to ban DPRK media in practice even though consuming it is not necessarily against the law. And in that context, the unification minister’s statement signaled a substantive change in policy that is at odds with the police raid on the pro-unification activist,” NK News said.

“No nation can survive without at least some self-justification, self-rationalization, self-publicity or even outright propaganda. Criminalizing the very act of simply consuming such material is equivalent to the condemnation of the DPRK’s very existence. It flies in the face of international law premised on the equality of all nations,” the report continued.