Yes, A Deal Between North Korea and America Is Still Possible 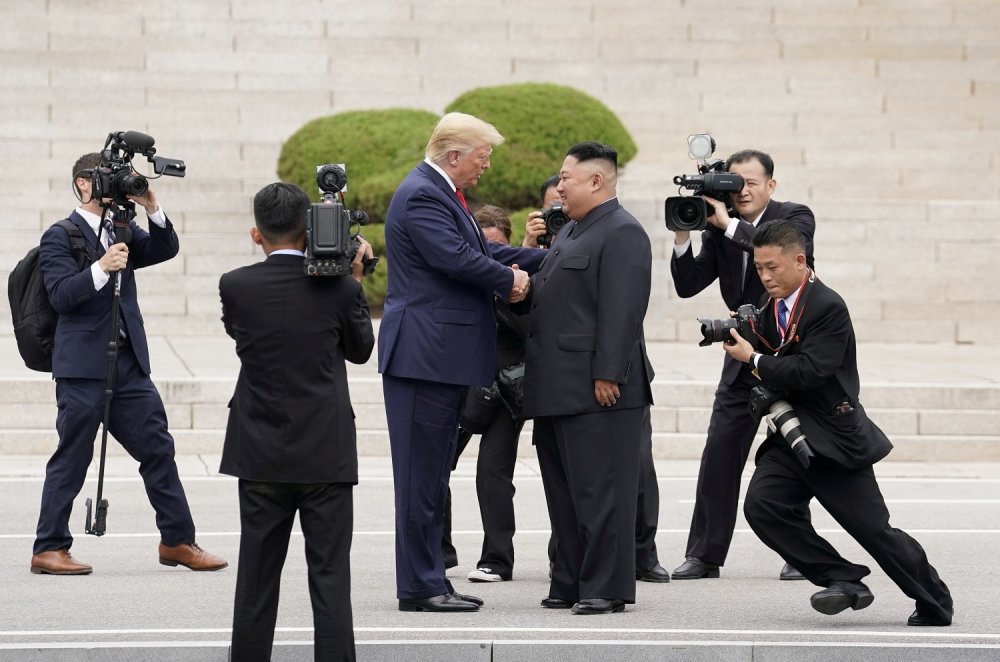 President Donald Trump wanted to reach an agreement with North Korea. After all, he believes in making deals. But in practice, he isn’t very good at concluding them. At least good ones.

He sets unrealistic expectations, exaggerates supposed problems and solutions, fixates on the wrong issues, personalizes political battles, confuses bluster with resolve, abandons America’s interests, offends potential allies, and treats everything as a victory. Looking back, only a miracle could have led such a person with such a record to a durable peace with the latest representative of the Kim dynasty.

Nevertheless, maybe the age of miracles is not over. Something looking like peace remains possible. But achieving it won’t be easy.

Kim Jong-un appears to be taking a much harder line toward the U.S. He could be bluffing, but that seems unlikely. He is no blowhard, at not quite 28 having taken over leadership of the Democratic People’s Republic of Korea from his father. Despite his lack of experience, he secured power in one of the world’s premier political snake pits. Kim even had his uncle publicly humiliated and executed. Kim also established supremacy over the military, the one institution that could oust him.

The Korean Central News Agency related the report of Supreme Leader Kim, who “guided” the “5th Plenary Meeting of the 7th Central Committee of the Workers’ Party of Korea,” of which he is chairman. There was a lot of agitprop, as would be expected. Nevertheless, he appeared to be fully in control and confident of his course.

First, he didn’t sound like someone prepared to negotiate away the North’s nuclear arsenal. Reported by KCNA, Kim noted the success in “developing the ultra-modern weapon system possessed only by the countries with advanced defense science and technology” which “means a great victory, and our possession of promising strategic weapon system planned by the Party one by one serves as a great event in developing the armed forces of the Republic and in defending and guaranteeing our sovereignty and right to existence.” These accomplishments “would make our great military and technical power irreversible, greatly promote the increase of our greater national power, raise the power of putting the political situation around us under control and give the enemies the blow of big uneasiness and horror.”

Second, he made clear that he took a long view. He said that “the more the U.S. stalls for time and hesitates in the settlement of the DPRK-U.S. relations, the more helpless it will find itself before the might of the Democratic People’s Republic of Korea getting stronger beyond prediction and the deeper it will fall into an impasse.” Indeed, he instructed party members that “the present situation warning of long confrontation with the U.S. urgently requires us to make it a fait accompli that we have to live under the sanctions by the hostile forces in the future, too, and to strengthen the internal power for all aspects.”

Third, he treated Washington’s behavior as reflecting deep-seated hostile to Pyongyang. He talked about America’s perfidious behavior early and often, beginning with and then returning to the theme after an extended diversion to economics. He warned that “if the U.S. persists in its hostile policy towards the DPRK, there will never be the denuclearization on the Korean peninsula and the DPRK will steadily develop necessary and prerequisite strategic weapons for the security of the state until the U.S. rolls back its hostile policy towards the DPRK and lasting and durable peace-keeping mechanism is built.” But he dismissed the focus on nuclear weapons, declaring: “If there were not the nuclear issue, the U.S. would find fault with us under other issue, and the U.S. military and political threats would not end.”

Fourth, Kim threatened to “shift to a shocking action to make [the U.S.] pay for the pains sustained by our people so far and for the development so far restrained.” Exactly what that might mean he did not specify, but later in his speech, reported KCNA, “he stressed that under such condition, there is no good ground for us to get unilaterally bound to the commitment [not to test missiles and nuclear weapons] any longer, the commitment to which there is no opposite party, and this is chilling our efforts for worldwide nuclear disarmament and non-proliferation.” More ominous was KCNA’s report: “Saying that we should more actively push forward the project for developing strategic weapons, he confirmed that the world will witness a new strategic weapon to be possessed by the DPRK in the near future.”

Taken at face value, Kim’s remarks leave President Donald Trump without a North Korea policy. That is no cause for hysteria, however. The North is in roughly the same position as in January 2017: mostly alone against the world, with uncertain support from China and Russia, desperately enhancing its missile and nuclear capabilities. Washington is also similarly situated, the globe’s superpower seeking to force North Korea to disarm, with no idea how to do so.

Despite occasional claims of impending doom, the U.S. is not in direct danger. The DPRK is focused on defense rather than offense. The Republic of Korea has raced past its northern antagonist on virtually every measure of national power and is backed by the U.S., the globe’s most enthusiastic proponent of regime change. For Kim to attack would mean choosing to die in a radioactive funeral pyre in Pyongyang. However, possessing but not using nukes makes it less likely he will share Muammar Khadafy’s fate, suffering a death both brutal and public.

Moreover, though Kim denounced “the double-dealing behavior of the brigandish U.S.” and America’s “abuse [of] the DPRK-U.S. dialogue for meeting its sordid aim,” he did not dismiss the possibility of negotiations and agreement. Indeed, the course for better relations remained clear. Kim devoted much verbiage to what he called “the hostile policy toward the DPRK.” Most obvious is the imposition of sanctions, intended “to completely strangle and stifle the DPRK.” Indeed, over the last two years, while Pyongyang observed a testing moratorium, he complained, “the U.S. also took more than ten independent sanctions measures only to show before the world once again that it remained unchanged in its ambition to stifle” the North.

While Kim talked tough, his desire for a deal was evident. After all, his father and grandfather would never have pursued a modus vivendi with America that would risk opening North Korea to outside forces. Moreover, in the younger Kim’s plenum presentation he spent much time on economic policy: “he advanced important tasks for putting in order the economic work system and order,” stated the KCNA. There was little blather about Juche.

Rather, he revealed his desire for foreign economic contact. “We urgently need external environment favorable for the economic construction,” he allowed, though quickly adding that “we can never sell our dignity which we have so far defended as valuable as our own life, in hope for brilliant transformation.” Elsewhere, he noted that “nothing has changed between the days when we maintained the line of simultaneously pushing forward the economic construction and the building of nuclear force and now when we struggle to direct our effects to the economic construction owing to the U.S. gangster-like acts.” Which suggests a return to his father’s byungjin policy in practice if not name.

Moreover, Kim indicated his willingness to adjust the nuclear program to reflect U.S. behavior. Reported KCNA: “He said that we will reliably put on constant alert the powerful nuclear deterrent capable of containing the nuclear threats from the U.S. and guaranteeing our long-term security, noting that the scope and depth of bolstering our deterrent will be properly coordinated depending on the U.S. future attitude to the DPRK.” It is unclear what being “properly coordinated” means, but that suggests a willingness to limit—though probably not eliminate—nuclear weapons and missiles.

Shortly after the release of Kim’s remarks, President Trump dismissed concerns that North Korean policy might be changing: “We’ll see, I have a very good relationship with Kim Jong-un.” Alas, even if Kim reciprocates the warm personal feelings, he isn’t likely to let them influence his nation’s strategy. After all, both Kim’s survival and his nation’s progress are at stake. The president also observed that Kim “did sign a contract, he did sign an agreement, talking about denuclearization.” That is unlikely to constrain the Supreme Leader; moreover, the U.S. has not performed its side of the bargain and Trump’s abandonment of the nuclear deal with Iran shows how he treats international “contracts.”

The U.S. and North share a dangerous moment. North Korean missile or nuclear tests would be highly embarrassing for the president in an election year, especially after Democrats attacked him for being naïve in his dealings with the DPRK. It would be hard for Trump not to match Kim with escalation of some sort. A return to the “fire and fury” politics of 2017 would be a significant possibility. With that would come military threats and an increased chance of war by mistake or misjudgment.