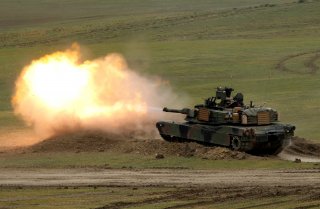 After more than 100 years since the first tanks rolled into action during the Battle of the Somme in the First World War, the tank continues to evolve, but it is unlikely that these metal behemoths will likely disappear anytime soon. As the weapons systems improve and more autonomous functionality comes into play, the main battle tank (MBT) is proving that it is going to be hard to replace.

Simply put, the tank can do things only a tank can do. Despite the increasingly high price tags, research suggests tanks are a worthwhile investment. A new poll from the UK-based Army Technology found that 74 percent of respondents believe a main battle tank is worth the cost, while only 26 percent disagreed.

The main battle tank, which has been a mainstay of militaries around the world, essentially grew out of the medium tank in the 1960s. However, in recent years with the focus on the Global War on Terror and asymmetric counter-insurgent operations, the tank was seen by many to be a relic from the Cold War.

Now due to changes in geopolitics, the tank is once again being seen as a necessary weapon – both as a deterrent and a potential offensive platform – with is why many militaries are either developing a new generation of MBT or upgrading existing tank forces. As Army Technology noted, there is a Franco-German effort to develop a replacement for the French Leclerc and Leopard tanks respectively, while the UK are planning to extend the service life of its Challenger II.

The U.S. Army began upgrading the M1 Abrams in 2017 and the plan is to have the long-serving MBT able to fight through 2020. It has seen a steady stream of upgrades meant to keep it at least on par, if not ahead of the adversaries, and this included the addition of a larger and more powerful 120mm gun in 1986, while a layer of depleted uranium was added to the armor in 1988.

The latest version, now designated M1A2C (formerly the M1A2 SEPV3), could be the final upgrade, it did offer some twenty-first-century enhancements to the Cold War-era tank. This included an ammunition datalink that allowed the crew to set the distance for a shell to explode – ensuring that it detonates within a building rather than going straight through it. The –C model also features better infrared sights, a remotely-operated .50 caliber machine gun and auxiliary power unit.

However, while the MBT will remain a key component of the U.S. Army, the days of tanks in the United States Marines Corps are numbered, after it was announced that the Marines would eliminate its entire tank force within the next decade. The USMC, which is undergoing a transformation to be a more nimble force, will have closer integration with the U.S. Navy – and thus will increase rocket artillery and anti-ship missiles.