Major Firepower: The Top 5 .357 Magnums Ever Made 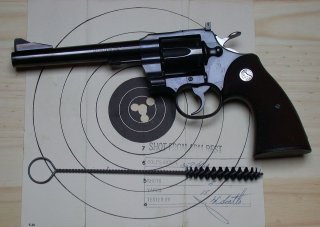 Here's What You Need To Remember: The Magnum Research Desert Eagle is one of the most recognizable pistols today. While the Desert Eagle is best known for being chambered in .50 Action Express and .44 Magnum, a .357 Magnum version also exists.