‘Pariah’ No More? Biden to Visit Saudi Arabia and Israel 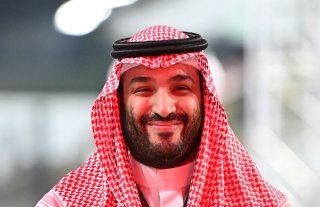 The White House confirmed on Tuesday that President Joe Biden would depart on his first trip to the Middle East on July 13. The trip includes visits to Israel, the West Bank, and, controversially, Saudi Arabia, where the president is expected to meet with Saudi crown prince Mohammed bin Salman (MBS).

Biden’s decision to visit Saudi Arabia raised eyebrows in Washington. As a presidential candidate, Biden had declared the country a “pariah” and MBS a “thug” for his alleged high-level role in the murder of Washington Post journalist Jamal Khashoggi in 2018. Khashoggi had been murdered and dismembered by a group of Saudi assassins inside the country’s consulate in Istanbul, Turkey. A confidential CIA report later revealed that MBS had ordered and overseen the killing. However, the Saudi government has maintained that it was the work of a group of rogue agents whom the country later punished.

Although Biden had indicated shortly after his inauguration that he would not speak with MBS—with then-White House Press Secretary Jen Psaki claiming that the president wished to reserve contact for his equivalent in diplomatic rank, the octogenarian King Salman—he sought a meeting with the crown prince shortly after the Russian invasion of Ukraine in late February, intending to urge MBS to produce additional oil in response to the supply shock. However, MBS reportedly refused to meet with Biden and later claimed in an interview with The Atlantic that he “did not care” what Biden thought of him.

During his visit in July, Biden plans to discuss “a range of bilateral, regional, and global issues,” including Saudi Arabia’s ongoing war in Yemen, according to White House Press Secretary Karine Jean-Pierre. However, the main focus of the two leaders’ discussions is expected to be Saudi oil policy, as Riyadh has refused to increase oil production to meet the Russian shortfall as fuel costs have gone up across the United States. The average nationwide price of gasoline crossed $5 per gallon for the first time earlier in the week, a fact that Biden’s political opponents within the United States have cited as evidence of the president’s failure to control rising costs. Biden’s defenders have countered that the increase in gasoline costs can largely be attributed to the ongoing Russia-Ukraine conflict and have gone up worldwide, suggesting that the price increases are driven by factors beyond Biden’s immediate control.