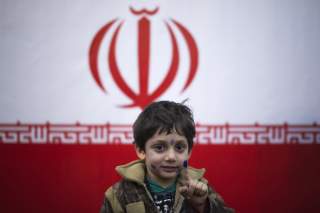 The commander of Iran’s special forces, Major General Qasem Soleimani, chief of the Revolutionary Guard’s elite Quds Force, warned the United States on July 28 to halt threats of military action against Tehran. Soleimani raised the stakes in fiery exchanges between Washington and Iran.

Soleimani’s message suggested Iran’s leadership is willing to stoke tensions with Washington, as part of Tehran’s efforts to project wider regional clout. He said President Donald Trump would regret waging a war that would “destroy all that he owns”—an apparent reference to U.S. influence in the region.

“You may begin the war, but it will be us who will end it,” Soleimani said in an August 1 speech in the central city of Hamedan, per Iran’s Fars News.

The Wall Street Journal reported that Trump would be willing to meet with Iran’s President Hassan Rouhani (though his real counterpart is Supreme Leader Ali Khamenei), without first demanding diplomatic concessions. This statement was an opening to nations he once condemned and has called a threat to American safety and economic security. For example, by issuing credible threats and promises of diplomacy, also known as “coercive diplomacy,” Trump helped bring Chairman Kim Jong-un to the table.

Trump, replying to a question at a White House news conference, illustrated his rather off-the-cuff style of diplomacy, which often has been effective. The news conference came just a week after he traded threats with Rouhani. In a televised interview later, Secretary of State Mike Pompeo listed preconditions for such a meeting, in contrast to Trump’s offer.

Trump expressed openness to meet with Rouhani came fewer than three months, after he withdrew from the nuclear deal with Iran. Under former President Barack Obama, it aimed to curb Iran’s nuclear ambitions. Trump in his White House address of May 11, 2018, criticized Iran as the “biggest sponsor of terrorism around the world.”

There was also a July 22 Trump tweet, which threatened Iran.

“To Iranian President Rouhani: NEVER AGAIN THREATEN THE UNITED STATES, OR YOU WILL SUFFER THE CONSEQUENCES THE LIKES OF WHICH FEW THROUGHOUT HISTORY HAVE SUFFERED BEFORE. WE ARE NO LONGER A COUNTRY THAT WILL STAND BY FOR YOUR DEMENTED WORDS OF VIOLENCE AND DEATH BE CAUTIONS!”

Trump has used the Obama administration’s sanctions, but when they snapped back after he withdrew from the nuclear deal, his administration decided to also apply sanctions on human rights violations and Iran’s destabilizing of Syria and Yemen.

On July 22, Pompeo delivered a major speech on Iran to the Reagan Forum. Under the previous administration, only nuclear-related sanctions were applied against Iran for its ballistic-missile technologies and Iran’s state sponsorship of terrorism.

Obama had the authority to apply sanctions on Iran for its human-rights issues and its destabilizing of Syria and Yemen. However, he elected not to use the authority and warned Congress not to do so.

Anti-government protests in Iran are fueled by rising discontent over the cost of living and institutionalized corruption. Inflation is high, youths are struggling to find employment, and people are becoming poor. Just last month a new round of large-scale protests kicked off in major Iranian cities such as Isfahan, Karaj, Shiraz, and expanded to over a dozen other cities. They have continued ever since, as protesters are now resisting State Security Forces when they attack their peaceful, yet very powerfully messaged demonstrations.

The rial’s value plummeted to a third of what it was worth a year ago.

What acts as fuel to fire are political factors. It is critical to find ways to accelerate political change by Iranians. They seek free access to the Internet and messaging applications like Telegram. Its main appeal is security. Telegram’s activities—including chats, groups and media—are encrypted.

The BBC has estimated that seventeen demonstrations and strikes each day are organized by labor unions and activists. These events are caused by the combination of Obama’s limited sanctions on Iran and Trump’s decision to withdraw from the nuclear deal and impose additional, stronger sanctions.

Under Obama, sanctions on Iran included missile technologies, state sponsorship of international terrorism, authority to levy sanctions on human rights and destabilizing regional activities. These sanctions were placed on Iran for actions in Syria and Yemen. Obama imposed sanctions for nuclear-related activities of Iran and some for human rights. For example, a Ministry of Intelligence of Iran (MOIS) official in charge of Iran’s intelligence operations in Europe was caught with evidence of his activity. So in 2012, Obama’s Treasury accused MOIS of human-rights abuses and support for terrorism.

Additionally, Belgian authorities arrested a couple and accused them of preparing a bomb attack in France that would target a peaceful rally of Iranian dissidents on June 30. Allies of the People’s Mojahedin of Iran (PMOI), the largest group within the National Council of Resistance of Iran, (NCRI) were meeting near Paris. The event was attended by one hundred thousand people as well as speakers from some seventy countries. Maryam Rajavi, President-elect of NCRI was keynote speaker, as she is main concern for Tehran. That plot was thwarted and an Iranian diplomat based in Vienna was caught in Germany after he provided explosives to the couple in Luxemburg. Several countries participated in the sting, including Austria, France, Germany and Belgium.

Secretary Pompeo touched on this topic in his July 22 remarks on Iran.

“Just earlier this month, an Iranian ‘diplomat’ based in Vienna was arrested and charged with supplying explosives for a terrorist bomb scheduled to bomb a political rally in France,” he said. “This tells you everything you need to know about the regime: At the same time they’re trying to convince Europe to stay in the nuclear deal, they’re covertly plotting terrorist attacks in the heart of Europe.”

Why would Iran target NCRI in Europe when Tehran needs it most? Why would Iran risk, getting its “diplomat” caught with evidence of transferring explosives? “Attention paid is fear indicated.”

Tehran worries about demonstrators backed by the National Council of Resistance of Iran (NCRI), and uses violence against them. But they confront the regime, with peaceful protests, without such fears.

Expansion and acceleration of protests in Iran constitutes a crisis and an opportunity to use the resentment of the people as leverage against Tehran. This ongoing crisis is an opportunity to stand on the side of the Iranian people as they seek to change their regime. People on the outside can make their revolution happen, and they need political-technological support. Consider these three ways for Iranians to effect peaceful regime change:

First, demonstrations began in December 2017 and peaked during January. They were followed by a rising tide of protests, which were largely unreported. They resemble the 1979 in size and scope and it was those protests that which led to the Islamic Revolution.

Second, current demonstrations indicate that Iranian protesters have turned the tide against Tehran. In Every War Must End, Fred Ikle explains that wars end because one side emerges victoriously over the other, or both sides are exhausted from fighting.

Third, dictatorships fall: either all appear successful over others or are tired of struggling. Iranians hold Iran in contempt.

Rulers pay attention to a coalition of oppositionists, e.g., NCRI, about twice as much as to all other dissidents combined. Thus, I have compiled some policy recommendations.

First, It’s critical to find a way to facilitate regime change by Iranians, by exerting maximum pressure on Tehran, providing people with free and secure access to the Internet, and reaching out to them and NCRI.

Protests are mounting, and Tehran is paying increased attention to its alternative, NCRI, which plays a major role in organizing protesters through its main member organization. So, reach out to Iranian dissidents.

Second, a Tehran-directed terror plot against the 2018 Grand gathering in Paris is evidence of the regime’s fear of NCRI, as it sees this coalition as the viable alternative to its rule. Otherwise, why target this movement, in light of high political costs?

Tehran has also attempted a similar bombing plot in March to target some three thousand members of these dissidents in Albania when they were celebrating Iranian new year, Nowruz.

That plot was foiled by the Albanian government when they arrested two Iranian agents tied to a planned truck bomb of the event. Therefore, the new U.S. policy on Iran declared in twelve points by Pompeo in May and further elaborated by him on July 22 must be implemented.