81 Prisoners Put to Death in Saudi Arabia in Mass Execution 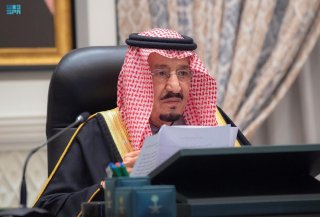 The government of Saudi Arabia put eighty-one prisoners to death, it announced on Saturday. It is the largest known mass execution in Saudi Arabia’s history.

The state-run Saudi Press Agency (SPA) announced the execution, claiming that those who had been put to death had been “convicted of various crimes, including the murdering of innocent men, women and children.”

It alleged that most had been members of Al-Qaeda or of the Houthi rebel movement in Yemen, which has stubbornly clung to power in the country’s north in spite of a seven-year Saudi-led military campaign against it.

“The accused were provided with the right to an attorney and were guaranteed their full rights under Saudi law during the judicial process, which found them guilty of committing multiple heinous crimes,” the SPA statement read. “The kingdom will continue to take a strict and unwavering stance against terrorism and extremist ideologies that threaten the stability of the entire world.”

Saturday’s mass execution was the largest since modern Saudi Arabia was founded in 1932, surpassing the previous record-holder, a January 1980 execution in which Juhayman al-Otaybi and sixty-two of his followers were put to death after seizing control of the Grand Mosque of Mecca and the Kaaba, Islam’s holiest site.

The mosque’s seizure is widely regarded as a turning point in Saudi history. In the years that followed, the Saudi government propagated an austere and socially conservative religious ideology to justify its rule, leading it to pursue a series of increasing restrictions on the participation of women in public life. Under the reform campaign of king Salman and crown prince Mohammad bin Salman in the past decade, many of these restrictions have been lifted, although international organizations have continued to accuse Riyadh of other human rights violations.

Saudi Arabia has one of the world’s highest execution rates. It exceeds that of the United States but is far below Iran, Iraq, and China, which puts to death more people than the rest of the world combined.

The country’s last mass execution took place in 2019, when thirty-seven prisoners were executed by beheading. A previous mass execution, in 2016, was criticized around the world for overwhelmingly targeting members of the country’s Shi’a minority – including influential religious leader Nimr al-Nimr, who had been sentenced to death in 2014 for his role in earlier protests against the Saudi government. Nimr’s execution sparked riots in Iran, an overwhelmingly Shi’a country. Those protests led to the burning of the Saudi embassy in Tehran and a period of prolonged tension between the two countries.