In Afghanistan, Taliban Strikes Back at ISIS-K 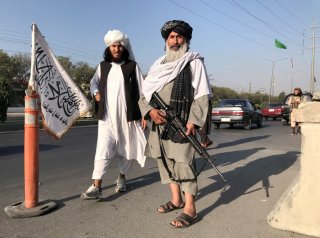 Following its capture of Kabul on August 15, and its conquest of the northern Panjshir Valley in early September, the Taliban has declared an end to Afghanistan’s decades-long conflict. The group’s pledge that the war is over helps to strengthen its justification for governing, and its leaders have used the idea that Afghanistan is now at peace to push for foreign aid and investment.

However, while the Taliban consolidate their victory and begin to implement their rule across the country, another insurgency-in-the-making has quietly gathered strength.

The Islamic State of Iraq and Syria (ISIS) emerged from obscurity in 2014, capturing vast swaths of Iraq before a U.S.-led international coalition helped the Iraqi security forces to drive it back. Prior to its territorial defeat, however, the central ISIS group established or co-opted a number of affiliate branches, most prominently in West Africa, Yemen, and Afghanistan. The last of these has described itself as the group’s “Khorasan province,” or ISIS-K, after a historical region encompassing Afghanistan and eastern Iran.

The group is very small, numbering in the low thousands of adherents, but has attracted attention for its high-profile attacks, including a suicide bombing on the Hamid Karzai International Airport in August that killed nearly two hundred Afghans, as well as a dozen U.S. soldiers. Since then, it has targeted the Taliban itself, attacking the group’s soldiers in cities including Kabul, Jalalabad, and Mazar-i-Sharif. These attacks, conducted with roadside Improvised Explosive Device (IED) bombs, have killed thirty-five Taliban fighters, according to an ISIS-K Telegram channel. There have also been unstated numbers of casualties among Afghan civilians. The Taliban has denied the number, although it acknowledged that the attacks had taken place.

Zabihullah Mujahid, the most high-profile Taliban spokesman, said that the group was “hunting down those who are sowing chaos.” The Taliban reportedly arrested eighty ISIS-K members in Afghanistan’s eastern Nangarhar province, a hub of the group’s activities, and executed a number of ISIS-K prisoners in its jails.

ISIS-K views the Taliban as having compromised on its obligation to create a caliphate and try to expand its borders—two measures in which Taliban leaders have displayed no interest. The groups clashed during the U.S. presence in Afghanistan, and ISIS-K was also the target of American military strikes—including President Donald Trump’s decision to drop a Massive Ordinance Air Blast (MOAB) bomb on an ISIS-K stronghold in 2017.