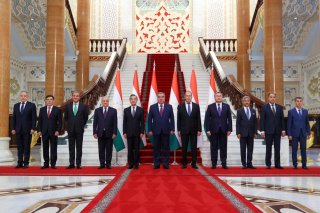 On Wednesday, Chinese Foreign Minister Wang Yi criticized the United States for its hasty and chaotic withdrawal from Afganistan.

During a meeting of the Shanghai Cooperation Organization, a Eurasian political alliance including China, Russia, India, and five smaller Asian states, the foreign minister called on the United States to do more to curb the Taliban’s strength and to provide greater assistance to the embattled Ghani administration. Wang cited the initial U.S. intervention in Afghanistan as the source of many of the nation’s problems, and argued that by “simply walk[ing] away,” the Biden administration would “create more problems for the Afghan government and dump the ‘burden’ on regional countries.”

The foreign minister suggested that the U.S. withdrawal had been one of the causes for the meeting, arguing that the SCO’s smaller member states, including Pakistan, Uzbekistan, and Tajikistan, would bear the fallout from instability in Afghanistan.

Afghanistan shares a fifty-mile border with China’s Xinjiang Uyghur Autonomous Region, a vast province in northwest China that is home to around thirteen million Uyghurs – three million of whom, according to some sources, are incarcerated in concentration camps. The Chinese treatment of the Uyghurs has been recognized as a “genocide” in the United States, the United Kingdom, and Canada.

Kabul has a complicated relationship with Beijing. While the Chinese have long eyed Afghanistan as a lucrative investment opportunity, given the country’s vast untapped natural resources, the instability and corruption within the country have precluded large-scale investment. Moreover, strategic planners in Beijing have worried that instability in Afghanistan could spread to Xinjiang, and Islamic extremists in Afghanistan could foster greater unrest among the Muslim Uyghurs.

Islamist groups have a history of operations in Xinjiang. The Turkistan Islamic Party (TIP), an Islamist separatist group seeking to establish a “Turkistan” in Xinjiang, conducted attacks against the Chinese government there before its members were driven underground or into exile—including, in some cases, into Afghanistan. Uyghur militants cooperated with the Taliban in the 1990s, and the United States fought against them during its invasion—and captured and imprisoned several at the Guantanamo Bay detention facility.

The United States classified the TIP as a terrorist organization in 2002 but lifted the designation in 2020 after concluding there was little evidence that the group still existed. Observers suggested that this decision was intended to weaken Beijing’s justifications for its actions in Xinjiang.