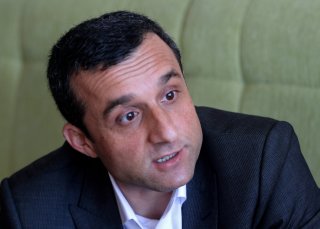 Amrullah Saleh, Afghanistan’s Vice President prior to the U.S.-backed government’s fall to the Taliban, and Ahmad Massoud, the military leader of the “National Resistance Front” in Afghanistan’s Panjshir Valley, have both surfaced in Tajikistan, weeks after the renegade province fell to the Taliban offensive.

Massoud, son of legendary guerilla leader Ahmad Shah Massoud, had earlier pledged that he would defend Panjshir “no matter what” in an op-ed piece in the Washington Post. After the Taliban attacked the valley with overwhelming force, however, the younger Massoud decided that discretion was the better part of valor and departed for Tajikistan. Several days later, he was joined by Saleh, who had left the country by helicopter, according to U.S. intelligence officials.

It is unclear what the two leaders’ next moves will be. The U.S. government does not appear to be supporting their movement, preferring instead to keep open the option of building up ties with the Taliban government in Kabul. While both leaders have appealed for Western military and financial aid, none appears to be forthcoming.

Indeed, if there is a logical next step for the Panjshir “resistance,” it appears to be a political rather than a military one. Massoud has hired a Washington lobbyist to represent his case on Capitol Hill; he has also spoken with several prominent legislators, including Sen. Lindsey Graham (R-SC), an outspoken supporter of the resistance against the Taliban. Several prominent Republicans, including Graham and Rep. Mike Waltz (R-FL), have called on President Joe Biden to recognize Saleh and Massoud as Afghanistan’s rightful leaders—with Waltz even asserting that he would use his position to bankroll an anti-Taliban insurgency.

Neither Saleh nor Massoud have been seen in public since their departure from Afghanistan. Massoud is known to be in a “safe house” in Dushanbe, Tajikistan’s capital, while Saleh’s exact whereabouts are still unknown.

Emomali Rahmon, Tajikistan’s long-time leader, has good reason to shelter the two Afghan exiles. Both men are ethnic Tajiks, Afghanistan’s second-largest ethnic group. Rahmon is the only Central Asian ruler who was in power during the Taliban’s initial conquest of Afghanistan, and the consequences of that takeover had profound and negative effects on Tajikistan during the 1990s, spurring the Tajik leader to reject the Taliban’s current iteration. Additionally, Massoud’s father played a key role in ending an Islamist insurgency against Rahmon’s rule in 1997, a role for which he was recently posthumously awarded the country’s highest civilian honor, in a rebuke to the Taliban.

The Afghan Embassy in Tajikistan has recognized Saleh as the rightful interim president of Afghanistan—a declaration that Saleh made after his predecessor, Ashraf Ghani, fled the country, allegedly carrying $170 million in U.S. banknotes—an allegation that the exiled president has vigorously contested.