Allowing Iran Snapback Sanctions to Expire Would Be a Security Disaster 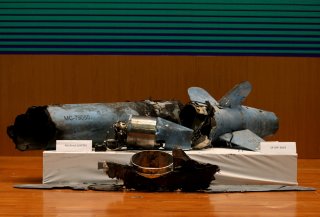 With nearly a dozen explosive incidents occurring across Iran in the past three weeks—including one at a prominent nuclear facility in Natanz—renewed questions have emerged regarding Tehran’s nuclear enrichment activities. Iranian hesitance to retaliate may be due to its fear that the United States could invoke the Joint Comprehensive Plan of Action (JCPOA)’s “snapback” sanctions, thus renewing a comprehensive multilateral sanctions regime against Tehran.

When the controversial JCPOA came before Congress for review in 2015, it was accompanied by the lesser-known UN Security Council Resolution 2231. Together, these two documents established the framework for the Iran nuclear deal. But there is one powerful provision, written into UNSCR 2231, that helped convince Congress not to formally disapprove of the JCPOA—the “snapback.”

The snapback, contained in paragraphs ten through fifteen of UNSCR 2231, is a mechanism that could resurrect the entire regime of international sanctions terminated by UNSCR 2231, should a member state find Iran to be in noncompliance with the deal. The current administration has been openly considering the move.

Given that Iran has been open about its defiance of the Iran deal, serious consideration should be given to the triggering of the snapback and what could ensue if it is not invoked.

If the snapback option is not exercised, three sanction provisions are scheduled to expire in the near future: the embargo on conventional Iranian weapons, scheduled to “sunset” this October; the ban on Iranian ballistic missile development, set to terminate in 2023; and the expiration of the snapback mechanism itself in 2025.

Iran has been anything but quiet regarding its hegemonic ambitions in the Middle East, as evidenced by the actions of its numerous proxies in the region, ranging from the Houthis in Yemen, to Hamas in Gaza, to Hezbollah in Lebanon. Allowing Iran the ability to purchase a wide range of fighter jets, tanks, and warships will only fuel its ability to conduct proxy conflicts in the Middle East, thus increasing unrest in the region. Purchasing weapons abroad could also enable Iran to reverse-engineer certain technologies in order to produce them domestically.

Lifting the ban on Iranian ballistic missile development would grant Iran the latitude to import and export advanced missile systems, as well as improve its indigenous production capabilities.

Iran’s missile program has operated as an unmanned substitute for Iran’s less-than-impressive air force, serving as a source of military power for the regime and enabling Iran’s rising regional aggression. Evidence indicates it has smuggled ballistic missiles to a host of bad actors, including the Houthis in Yemen, and Shia militias in Iraq.

Advanced ballistic missile systems not only pose a conventional military threat but would also serve as the primary means for Iran to deliver a nuclear weapon, which is their evident goal.

Attempts to curb Tehran’s missile program largely have been unsuccessful, as Iran currently boasts the largest and most varied missile arsenal in the Middle East. Its force of over 1,000 ballistic missiles includes a wide range of short- and medium-range missiles of both the liquid- and solid-propellant variety. Though the regime has signaled its interest in developing intercontinental ballistic missiles large enough to carry a nuclear weapon, Israeli experts have warned that even Iran’s existing medium-range ballistic missiles of a certain diameter, such as the Shahab-3, may be able to carry a nuclear warhead.

Lifting the ballistic missile ban would allow Iran to increase the capabilities of its missile force, furthering regional destabilization and bringing the regime closer to developing a more sophisticated system, capable of delivering a nuclear warhead across greater distances and with far more precision.

Lastly, the UNSCR 2231 itself will terminate, thereby ending the possibility of using the snapback mechanism to maintain nearly a decade-and-a-half’s worth of sanctions against Tehran that had accumulated via 6 separate UNSC resolutions.

Ostensibly, a new resolution could be authored to replace any of those six resolutions terminated by UNSCR 2231, but given China and Russia’s veto power on the Security Council, such a prospect appears dim.

This effective inability to sanction Tehran renders the UN unable to respond to Iran’s malignant activity, not just in the nuclear realm, but also within the human rights, terrorism, and military spaces. The expiration of the snapback means that the world’s largest state sponsor of terror would become immune from real UN oversight.

For the sake of maintaining any control over Iran’s violent machinations in the region—both in the short-term and the long-term—the United States should trigger UNSCR 2231’s snapback mechanism and soon.

Thomas W. Spoehr is a former deputy commanding general, U.S. Forces – Iraq. He is a member of the Jewish Institute for National Security of America (JINSA)’s Gemunder Center Hybrid Warfare Policy Project and was a participant on JINSA’s 2018 Generals and Admirals Program to Israel.