America’s Gray-Zone Offensive Against Iran Could Turn Into War 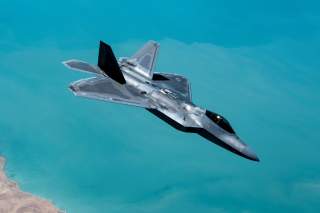 Military folk in Iran might believe, reasonably enough, that they know their own backyard more intimately than did Van Riper, a foreign officer. They might hope to replicate or improve upon his gamesmanship, striking a sequential blow traumatic enough to prompt U.S. political leaders to withdraw U.S. expeditionary forces from harm’s way. Iran would prevail by default—but prevail it would.

Wylie, then, casts doubt on the prospects for a swift, neat, decisive outcome in the Gulf. Clausewitz would probably agree. He depicts wartime statecraft as the art of stacking the deck in your favor—and implies that you seldom give yourself better than about a 60/40 chance, no matter how adroitly you manage your cards. The greats agree: let’s not embark on any martial adventure before asking ourselves what we want, what opportunity costs we’re apt to incur, what our antagonist may do to balk our efforts, and how such ornery intangibles such as chance, “friction” in the military and diplomatic machinery, and the “fog” of war may impede the undertaking.

War in the Persian Gulf looks like a good entanglement to forego. But if fight we must, let’s at least stride—not stumble—onto the battleground.