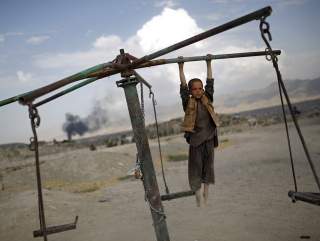 After nearly two decades of bloodshed, meaningful progress is finally being made towards a conclusion of the war in Afghanistan. Negotiations with the Taliban in Qatar have achieved an uncommon consistency. On the domestic front, a bipartisan resolution matching the Taliban’s proposed timeline has emerged in the U.S. Senate. The main voices opposing peace originate from within the Pentagon and the Afghan National Unity Government. In a departure from their constitutionally mandated subordinate role, top generals are calling for yet another extension on murky grounds. Afghan president Ashraf Ghani has also urged against a timely withdraw, claiming that the government in Kabul lacks the strength required for independence. Whether by incompetence or corruption, neither contingent should have the credibility to dictate the plan for removing U.S. forces from Afghanistan.

The conditions Washington and Kabul point to as requirements for a withdraw cannot be met. The National Unity Government does not represent a plurality of the Afghan people, and with former warlords in its ranks, it will continue to lack the requisite legitimacy to govern. In spite of the nearly $900 billion dedicated to reconstruction and governance efforts since 2001, Afghan National Security Forces (ANSF) suffer from infiltration, ineptitude, and high casualty rates. It is unclear how additional years, lives, and billions of dollars will guide Afghanistan toward a stable future. The peace talks in Doha represent gradual yet genuine progress, and they warrant all the support Washington can muster. Alternatives to this current opportunity for peace represent a continuation of the same failed strategies toward an even more shameful, inevitable departure.

In a nod to former Vice President Joe Biden’s surge alternative, the Pentagon has proposed extending U.S. involvement in Afghanistan for another three to five years. Under this revised version of the Biden plan, U.S. forces would be reduced by half and NATO partners would support the training of Afghan security forces. U.S. personnel would continue to take the lead on counterterrorism. To some, this plan will no doubt seem like the responsible option, as it addresses the specter of Al Qaeda and ISIS. This vague counterterrorism strategy fails to address the exact groups, regions, or even the expected end state. The authors of Senate Joint Resolution 12 admit that even in November 2009, there were fewer than one hundred members of Al Qaeda left in Afghanistan. ISIS Khorasan represents a creative branding effort by disaffected members of the Pakistani Taliban (TTP), and their efforts have largely been quelled by fierce opposition from the Afghan Taliban. U.S. special operations forces had mixed results in counterterrorism operations during the height of the war, with Afghan officials manipulating the human intelligence system to settle existing scores. The odds of success with decreased manpower and an imprecise objective cannot be good.

Further complicating any extension of the U.S. mission is the way in which the myriad framework of tribal interests would expand with the political integration of the Taliban. Small scale tribal warfare continued undeterred during the height of the war. With expanded political power and a host of existing grievances, it is not difficult to see how tribal priorities could be contorted into emerging counterterrorism objectives. It would also be a bizarre disservice to ask U.S. servicemembers to partner with former adversaries, risking life and limb in the furtherance of regional turf wars. The challenges to this loosely defined counterterrorism campaign also underpin a fundamental obstacle in standing up a capable set of security forces.

The success of the multinational mission in Afghanistan purportedly depends on the creation of an independent national security force. In a deeply tribal society, this task is practically impossible. It is absurd to assume that Afghans will abandon deeper loyalties in favor of a government that is widely perceived as corrupt and unrepresentative. The recent record low in manpower for Afghan security forces during the Resolute Support (RS) mission evidences a lack of support for the national government. Elevated desertion rates and the inability of the Ministry of Defense (MOD) to track attendance suggests the continuation of a poorly administered jobs program rather than an emergent security framework.

Adding an additional obstacle to the training mission are the insider attacks against embedded personnel which still persist. Enhanced vetting procedures still cannot prevent the cultural friction that often precipitates these attacks. For the nominally functional or cooperative elements of the military and police, theft and mismanagement continue to plague operations. Toward the end of Operation Enduring Freedom (OEF), 43 percent of 474,823 U.S. supplied small arms were unaccounted for by the Ministry of Defense. Yet, in spite of figures like these, the Pentagon advocates for a continued commitment of personnel and weapons.

For a country with a 31 percent literacy rate, the current project of fielding modern attack helicopters and fighter-bomber aircraft represents a distorted set of priorities by both U.S. and Afghan officials. Just as the prior investment of $78 billion in the Afghan security forces failed to create an independent military, fleets of modern weapon systems will not enhance the safety or wellbeing of average Afghans. They will however justify an extended occupation by legions of defense contractors. This should come as no surprise though, as each class of generals seeks to ensure that the revolving door keeps turning.

For those with a genuine interest in ending the war in Afghanistan, the recent round of negotiations in Doha, Qatar hold the greatest promise. The draft deal coordinated by Special Representative Zalmay Khalilzad with the Taliban, while short on detail, proves the viability of the diplomatic option. Both parties have reached common ground on counterterrorism assurances and a troop withdrawal. The remaining half of the pending peace agreement requires dialogue with the National Unity Government and a comprehensive ceasefire. While challenging, these pillars of the pending deal represent tangible processes with realistic objectives, unlike the proposed alternative. The negotiating table has yielded more progress than any strategy thus far, and it remains the best hope for an overdue departure by the United States.

Robert Gaines is an IT Professional and ten-year veteran of the U.S. Air Force and Air National Guard. He served with U.S. and coalition forces in Iraq and Afghanistan as an embedded liaison for ground combat operations.

Scott Horton is editorial director of Antiwar.com, host of Antiwar Radio on KPFK 90.7 FM in Los Angeles, director of the Libertarian Institute, and the author of Fool’s Errand: Time to End the War in Afghanistan. Media enquiries contact [email protected].