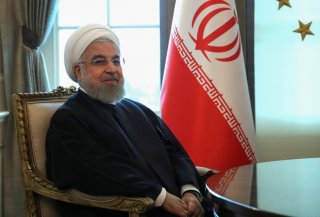 Since 1980, diplomatic relations between the United States and the Islamic Republic of Iran have been severed. This lack of formal diplomatic channels does not tell the whole story. For four decades, the two nations have seen each other as archenemies and have engaged in hostile economic and diplomatic activities and, occasionally, in direct and indirect military confrontations. Under the Trump administration, this troubled relationship reached its nadir with the withdrawal from the nuclear deal and the implementation of a “maximum pressure” strategy. In the last few weeks before the November election, President Donald Trump has taken several steps to further heighten tension with Tehran. These include the dispatching of the USS Nimitz aircraft carrier strike group to the Persian Gulf and the efforts to trigger snapback sanctions and expand the arms embargo against Iran (these efforts have been opposed by China and Russia as well as the E3—Britain, France, and Germany).

Four years ago, then, candidate Trump strongly opposed the nuclear deal signed by his predecessor, President Barack Obama. In May 2018, the United States officially withdrew from the agreement and has since imposed strict economic sanctions on Iran. The double downing on the efforts to isolate Iran and undermine its economy is seen as an escalation of the maximum pressure strategy and an attempt to lure Tehran into a military confrontation. There is no doubt that the sanctions have dealt a heavy blow to the Iranian economy. However, the maximum pressure strategy has, so far, failed to bring Tehran back to the negotiation table and force its leaders to capitulate. Rather, Iran has increased its stockpile of enriched uranium and continued advancing its missile program. Furthermore, Iranian leaders have been very guarded in responding to what they perceive as American provocations. Iranian leaders believe that a military confrontation with the United States a few weeks before the election would likely increase President Trump’s chances of being re-elected. Officially, Iranian leaders argue that the November election is a U.S. domestic affair and Tehran does not favor one candidate over the other. Still, Tehran seems to have chosen to lay low ahead of U.S. election.

Approaching Tehran After The Elections

President Trump stated that if he wins the election, he will sign a new agreement with Iran within a few weeks. Meanwhile, former Vice President Joe Biden announced that if he is elected, he will rejoin the 2015 nuclear deal on the condition that Iran abides by its commitments. Regardless of the outcome of November's election, U.S. policy toward Iran should be re-evaluated and a fresh look should be taken. Despite Iran’s severely weakened economy its gross mishandling of the coronavirus, the religious-security establishment in Tehran seems firmly in charge of the country and has shown no hesitation to squash any opposition. There is no credible grass-roots opposition to the Islamic Republic inside or outside the country. The United States and its regional allies have to accept that the Islamic Republic is here to stay and find a way to live with it.

It is important to look beyond the four-year or eight-year electoral cycles and, rather, highlight the long-term geographical and strategic forces that are likely to shape American and Iranian policies in the long term. The United States, the world’s only superpower and the largest economy on Earth, will always be involved in the Middle East. This does not necessarily mean a heavy U.S. military/political presence. Under both the Republican and Democratic administrations, Washington has sought to reduce its footprints. A common theme in U.S. foreign policy in the Middle East and elsewhere has been to rely on regional powers to protect and promote American interests.

Meanwhile, the roots of the U.S.-Iran conflict can be found in the geography and history of the Middle East. The Iranians, for good reasons, perceive their country as the dominant power in the Persian Gulf region. The nation has one of the ancient civilizations in the world and over the centuries has develop a strong national identity despite having multiple ethnic and sectarian minorities. Its large population (approximately 80 million) is more than the combined population of the Gulf Cooperation Council states and it has a large and well-educated middle class. In addition to this long history and demographic advantages, the country holds the world’s largest proven hydrocarbon reserves.

The underlying drive of Iran’s regional policy is a strong sense of “victimization.” Without the presence of foreign powers, the argument goes, the country would have been the dominant regional power. Stated differently, the Russian, British, and now American presence has denied Tehran its “natural” supremacy in the region. Iranian leaders argue that domination does not mean occupying their neighbors’ territories or imposing any conditions on them. Rather, regional states should work together, without foreign intervention, to promote cooperation, avoid conflicts, and address their economic and political differences in a peaceful manner. Within this context, Iranian policy under both the Pahlavi regime and the Islamic Republic has been consistent—foreign powers should leave.

Certainly, the Islamic Republic has its own limitations. It is a Shiite and Persian nation surrounded by mostly Sunni and Arab neighbors. Relations between Iran and most of these neighbors have witnessed different phases of both close friendship and intense tension. However, Iran, under both the Pahlavi and Islamic regimes, has always been a leading regional player. Moreover, even under severe sanctions, a large segment of the Iranian population is less hostile to the United States than their counterparts in most neighboring countries. Against this background and despite the fact that under the Trump administration’s relations between Washington and Tehran have reached one of its lowest points in the four decades of troubled interactions, a rapprochement cannot be ruled out. Reduced tension and a better understanding between Washington and Tehran would not only be good for the two nations, but equally important, would be good for regional stability and, indeed, for world peace.

Dr. Gawdat Bahgat is a professor at the Near East South Asia Center for Strategic Studies at the National Defense University. He is the author of eleven books on the Middle East. The opinions expressed in this piece are the author’s alone and do not represent the views of the U.S. government or the policies of the Department of Defense.