America Must Do More To Prevent An Iranian Nuclear Weapon 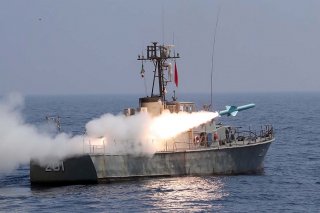 Diplomacy with Iran is coming. Whichever candidate wins in November, it seems likely they will attempt renewed engagement with Tehran over its nuclear weapons program, either by reentering the Joint Comprehensive Plan of Action (JCPOA) or pursuing a new agreement.

Simply returning to the 2015 deal would be seriously mistaken. Despite its name, it is not comprehensive, since it really restricted only one of the three elements needed to deliver nuclear weapons: it actually loosened the international ban on Iran’s development of nuclear-capable ballistic missiles, and today we know much more about Tehran’s efforts to put a warhead atop these missiles thanks to Israel’s seizure of secret nuclear archives than from Iran’s “compliance” with the JCPOA.

Moreover, the caps on uranium and plutonium are limited and reversible, as Tehran’s ongoing violations make plain. They also start expiring in five years, giving Iran direct paths to the bomb and an industrial-scale enrichment program over the next decade-plus.

Similar “sunset” clauses will terminate a slew of UN Security Council measures against Iran’s illegal proliferation activities. Most notably, American diplomats have been racing to prevent the conventional weapons embargo on Tehran from lapsing next month, but that “snapback” process has been much more difficult than the JCPOA’s supporters suggested when coining the term. Ultimately, the deal formally legitimizes Iran’s nuclear program, jeopardizing future sanctions and threatening the Nonproliferation Treaty regime—arguably the single greatest achievement of arms control.

Iran received significant upfront sanctions relief for agreeing to such lenient terms. It promptly plowed this windfall into aggression around the Middle East, including attacks against American personnel.

For all these reasons, the Trump Administration should be commended for re-imposing and robustly enforcing sanctions in its “maximum pressure” campaign against the Iranian regime.

But as we lay out in a new report from the Jewish Institute for National Security of America (JINSA), the United States must bolster this leverage before approaching the negotiating table.

In this regard sanctions are vital, but insufficient. The regime still is not convinced it needs to talk, even amid major economic pain. Nor can sanctions alone deter or deny Iranian counterpressure—just look at its increased nuclear activities and kinetic escalation around the Middle East beginning last summer. Tehran can now be expected to build further leverage as a prelude to diplomacy.

That is why the United States needs to reinforce sanctions with credible military threats, rather than playing them down as it did during negotiations leading to the JCPOA. Coercive diplomacy can most reliably compel Iran to negotiate in good faith, and keep it from dashing for a bomb if new talks fail. Moreover, it is the best alternative to an unstable situation that always carries the danger of inadvertent escalation.

The Pentagon should update contingency plans to neutralize Iran’s nuclear facilities, and to defend against Iranian tests of nuclear-capable missiles, including visible demonstrations of U.S. missile defense interceptors and clear threats to shoot down these tests if necessary. Rules of engagement for U.S. forces should permit appropriately forceful self-defense responses to aggression by Iran and its proxies.

Even with these steps, prospective negotiations would occur in a context of receding American presence in the Middle East. Washington must build up concentric regionwide pressures on Iran by ensuring Israel has the tools to defend itself and U.S. interests, and by fostering greater regional cooperation on air and missile defenses, maritime security, intelligence and cyber.

Greater leverage increases the likelihood of securing an acceptable agreement that truly blocks Iran from nuclear weapons capability. This will entail a full and verifiable accounting of all possible military dimensions of Iran’s nuclear program, as well as legal prohibitions—such as existed before the JCPOA—on developing nuclear-capable ballistic and cruise missiles. It also entails correspondingly more intrusive inspections.

Sunsets, if they exist at all, should be conditioned on inspectors reaching a “broader conclusion” as to the peaceful nature of Iran’s nuclear program, which will only be possible if a new agreement is indeed comprehensive. Sanctions relief also should be contingent on Iranian behavior, not front loaded or set to predetermined time frames with round numbers like five or ten years.

If a successor agreement meets these criteria, it should be formalized in a treaty to lend consistency and credibility to U.S. policy toward Iran.

And with greater leverage this time around, American officials must articulate redlines, explicitly tied to threats of military action, to prevent further expansions of Iran’s nuclear program whether or not the two sides come to the table.

As both the Obama administration and Donald Trump said in 2015, “a bad deal is worse than no deal,” but not establishing and enforcing appropriate redlines might be the worst result. Peacefully resolving the threat of a nuclear-capable Iran would be ideal, but the most important thing is to prevent Iran from acquiring nuclear weapons capability.