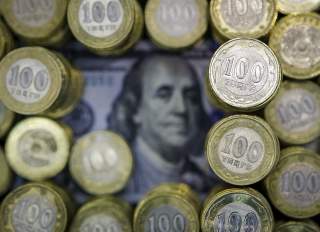 Some frame the current U.S.-China relationship as the “new Cold War.” This is a mischaracterization because the United States and the Soviet Union, which is often referred to as the USSR, engaged in almost no trade during the Cold War. The two countries had little international collaboration and limited person-to-person contacts.

In reality, the U.S.-China relationship is much different; it is defined by an economic interdependence that Niall Ferguson called “Chimerica” and expansive relationships.  But to ignore growing competition between the two would be naïve. While a key aspect of twentieth-century great-power conflict exists today—namely geostrategic rivalry—twenty-first-century competition is also a game of trade, economics, technology and investment.

This competition is playing out everywhere from U.S. soybean farms to Europe’s next-generation telecommunication networks. But few U.S. policymakers are focusing their energy on emerging markets, a grave mistake that Beijing has not, and will not make.

Central Asia is a clear illustration of China’s application of the twenty-first-century great-power strategy.

Beijing’s two-trillion dollar Belt and Road Initiative is an economic gambit to rethink the old Silk Road connecting Asian and European markets. The post-Soviet Central Asian Republics will play a critical role in securing China’s land bridge to the Atlantic. Sitting at the epicenter of Silk Road is the world’s largest landlocked country—Kazakhstan—flush with the hydrocarbons and minerals vital to China’s economy needs.

Beijing certainly benefits from proximity when it comes to trade with its Eurasian neighbors, but in today’s globalized world distance is a shrinking justification for Washington’s minimal economic involvement in the region. One such vehicle for increased financial and diplomatic integration with the economies of Central Asia is Kazakhstan’s Astana International Financial Centre (AIFC).

AIFC is a financial hub that officially launched on July 5, 2018. It was designed to be a partner for entities seeking to do business in Kazakhstan and the greater Central Asia region. The new international finance center—which hopes to one day be comparable to Singapore, Dubai, and Hong Kong—is doing its part to attract foreign capital. Some 235 companies are now working with Kazakhstan’s new financial center, bringing a total capitalization of nearly $2 billion for the first half of 2019.

Part of that progress has been made possible through the creation of the Astana International Exchange (AIX)—AIFC’s key trading platform. AIX serves as a vehicle for government bonds and corporate stock listings and is the first such exchange among the Central Asian republics.

Through AIX, AIFC is helping to privatize existing state-owned natural resource enterprises, such as uranium ore giant Kazatomprom, which was listed on both the London Stock Exchange and AIX as a joint offering. KazMunayGas, the national oil and gas company, is also expected to offer shares through AIX with a $6.5 billion initial public offering (IPO). One senior reporter for Forbes has even claimed that “Everyone from corporate investment banks to fund managers in emerging and frontier markets is waiting to see what happens with the planned privatization of KazMunayGas, the state-run oil and natural gas giant.”

Of course, AIFC’s larger aims are to open up the country’s capital markets to investors from East and West, invite international investment, increase fintech innovation, privatize the country’s state-owned assets, and promote financial inclusion. AIFC is already a regional facilitator for BRI projects, and it is no surprise that China is one of the country partners of the new institution. The U.S. financial companies need to expand its involvement if it hopes to be competitive in Central Asia.

The Center boasts a commendable and necessary feature for any successful financial institution: its own Independent dispute resolution system based on the English law, a draw to investors who are (rightfully) leery of corruption risks in emerging economies and courts.

A special tax regime—another proven pillar of competitiveness alongside smart regulations, free movement of capital, and rule of law—is also in place. AIFC grants an exemption from payment of corporate, individual income, land tax and property tax for a period of fifty years (until the end of 2065). In addition, AIFC has adopted an investment tax residence program that aims to attract foreign private capital to the country in exchange for the investors and their families receiving a multiple-entry visa to Kazakhstan.

Of course, AIFC does not lack challenges—at the very least, it has to compete with the globe’s well-established international financial centers. But AIFC is a promising initiative, one that is taking full advantage of Kazakhstan’s new role as a regional leader. It is clear that China sees the geoeconomic potential of investment in Central Asia’s economies.

It’s time that the United States does as well.

Daniel A. Witt is the president of the International Tax and Investment Center (ITIC).