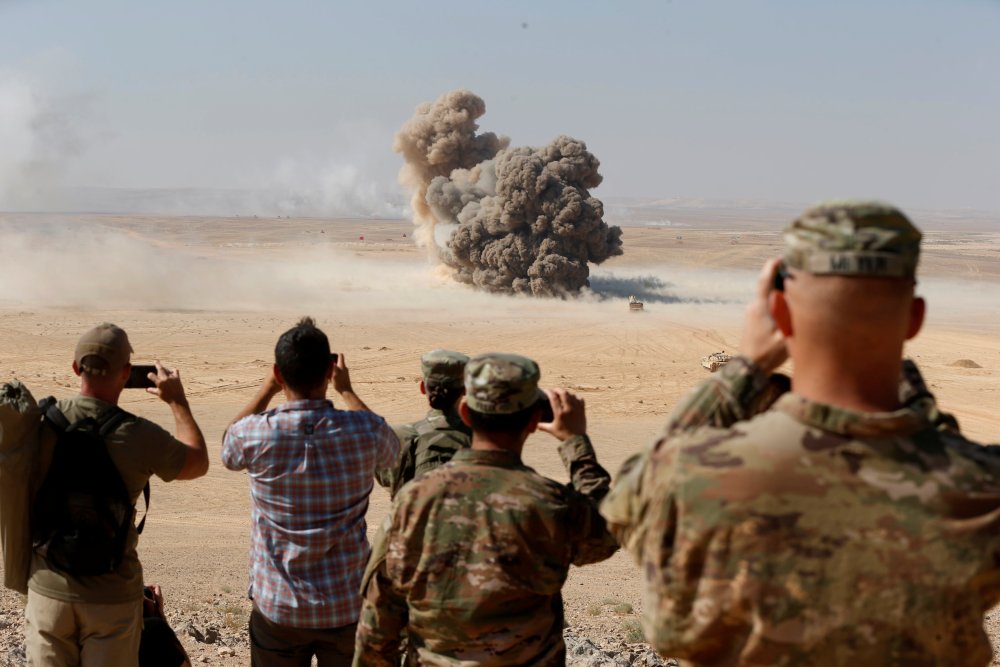 Washington now faces the prospect of a much-reduced Middle East role. It can’t claw back that role if American policymakers are not committed consistently to do more. In light of the withdrawal from Syria, this may be a key moment in U.S. history. Reluctantly brought in to fight ISIS in Iraq, the United States fought ISIS in Syria only by way of mission creep. The mission remains, but the creeping part has ended. Longer term, the problem is that most countries in the Middle East now look to Russia as well when they consider their next steps. Even Israel is in frequent discussions with Russia because of Moscow’s backing of the Syrian regime. A loosely knit group of countries now makes up the key American contact in the region; Jordan, Egypt, Israel, Saudi Arabia, the UAE and Bahrain. None of them are particularly strong or have regional ambitions the way Turkey and Iran do.

A new Middle East may be emerging, it seems to be one with much less of an American role.

Seth J. Frantzman is the author of After ISIS: America, Iran and the Struggle for the Middle East. He is the Executive Director of The Middle East Center for Reporting and Analysis.