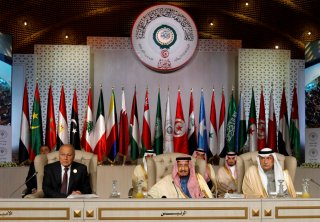 After almost four years since the last Arab League summit, Algeria announced that it would host the next gathering on November 1st and 2nd, 2022. Amid different challenges, pandemic-related stresses, internal fractures, and economic struggles, Arabs hope this summit will focus on solving common problems. Algeria tried to minimize obstacles to hosting the event, including supporting the participation of a Syrian delegation. Another six Arab countries, including Saudi Arabia, the United Arab Emirates (UAE), Kuwait, Bahrain, Lebanon, and Oman, announced they would not attend the summit.

In a break from tradition, Arab leaders will meet following a nearly four-year gap since their last summit. The Arab League Charter stated that the Arab meeting should be alphabetically held yearly in an Arab country. However, the Covid-19 pandemic made this impossible. Other obstacles, such as the division between Qatar and Saudi Arabia and the UAE over accusations that Doha supports terrorism and hosts radical political leaders, also complicated the prospects for a summit. Yet, there is a willingness among the rest of the Gulf Cooperation Council (GCC) countries and Egypt to engage with Arab League nations.

The main challenge for any previous Arab summit was typically related to the Palestinian cause. However, a number of other issues have since been added to their list. Arab leaders are busy dealing with more sensitive conflicts than those regarding traditional Arab solidarity. Additionally, they are more occupied with growing cooperation between Arab states in different fields, including economic and agricultural collaboration.

Security questions related to Lebanon, Iraq, and Libya are raised continuously while Lebanon’s economy teeters on the brink of collapse. Libya, Lebanon, and Yemen are still failed states, and Tunisia is struggling to find its way to democracy and build a modern country that respects the rule of law. Egypt defends its historic rights for its share of the Nile River and pursues all diplomatic possibilities with Ethiopia to abide by previous agreements and international law. Finally, there is an ongoing political dispute between Algeria and Morocco over the status of Western Sahara.

For its part, Iran presents one of the biggest challenges to Arab stability and unity, especially for GCC members. Iran has significant influence over the crises in Yemen, Iraq, Lebanon, and Syria and has been able to leverage divides within the Arab League. Additionally, Russia’s war in Ukraine has loomed over Arab states and worsened the economic crisis for many countries, including by increasing food and energy insecurity. Russia wants to maintain hegemony over the Middle East to substitute for lost European oil markets and keep the region neutral in the Russo-Ukrainian War.

This extensive list of issues, and the longstanding history of reflections from the Arab League, do not lend themselves to optimistic outcomes for the summit. Many observers anticipate that the next summit wouldn’t bring solutions but more condemnations, statements, and press conferences. Algerian foreign minister Ramtane Lamamra declared that his country would do its best to encourage Arab leaders to discuss their future and what works for their people.

Still, many analysts assess that Algeria is using the summit to maintain its positions on different topics, chief among them its conflict with Morocco over Western Sahara. Moreover, Algeria wants to take advantage of European oil shortages and start exporting natural gas to the European Union (EU) at reasonable prices. If true, this intention contradicts its announced goals of gathering the Arab leaders to solve mutual problems.

The current but ineffective Arab League Charter won’t impact the next summit. However, it will continue to allow external actors to intervene in Arab affairs. Regional adversaries like Iran will maintain control and exert their influence through proxies forces in other countries. The main reason for this is that Arabs are not aligned and have been intentionally weakened by superpowers.

“The Arabs agree not to agree” is a famous quote and an apt assessment of the current status of the Arab League. Therefore, Arab states should work to align themselves where they currently disagree on a range of challenges. That will only be achieved if League members understand and adjust to the rapid changes in regional geopolitics. Arab leaders must have a mutual definition of interests and work on them collectively. They must set aside outstanding conflicts and put more considerable interests at the top of their agenda.

Additionally, the decision-making process is ineffective because there are no tools to compel members to abide by resolutions. The League approves decisions only on a majority basis, which does not exist among Arabs as they are not aligned. Thus, Arab leaders must act quickly to become a unified regional bloc capable of protecting their interests, resources, and people.

Marco Mossad has a Master's in International Relations with a focus on Cybersecurity, international security, and the MENA region. You can find him on Twitter (@MarcoJimmy3) and LinkedIn.