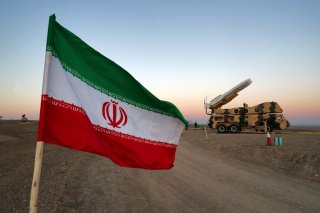 The director-general of the International Atomic Energy Agency (IAEA), Rafael M. Grossi, confirmed in an interview this week that Iran has begun replacing a key centrifuge assembly plant that a massive blast destroyed in July. Known as the Iran Centrifuge Assembly Center (ICAC), the ruined plant is where Tehran assembled advanced centrifuges for enriching uranium. An anonymous Middle Eastern official told the New York Times and Washington Post in the days after the explosion that Israel had planted a bomb at the site to sabotage Iran’s centrifuge assembly line.

The start of construction on the Islamic Republic’s new centrifuge plant has generated breathless headlines, but Iran will still require at least one to two years—if not longer—to replace the inventory it lost. As Director-General Grossi aptly stated, Tehran faces “a long process.”

The head of Iran’s Atomic Energy Organization, Ali Akbar Salehi, announced in early September that construction had begun on the new facility “in the heart of the mountains” near Natanz, the location of a major nuclear complex. ICAC had been located near the Natanz Pilot Fuel Enrichment Plant. In his interview, Director-General Grossi declined to reveal the location of the new plant, citing confidentiality concerns, but Iranian officials previously stated they would rebuild the center underground where it would be better fortified against attacks or sabotage.

Commercial satellite imagery points to a candidate area for the new facility. Images taken as recently as October 21 show activity in the mountains south of Natanz which could be indicative of underground construction. According to the Institute for Science and International Security, signs include a construction staging area, new roads, the presence of security—and perhaps most importantly—a road leading from the construction staging area to the base of a mountain. A pre-existing underground tunnel network is also located nearby.

Which capabilities does Iran need to reconstitute? Video from Iranian state media, taken at the June 2018 inauguration of the ICAC, showed that the plant assembled IR-2m, IR-4, and IR-6 centrifuges before their delivery and final assembly at the enrichment facility at Natanz. ICAC put together advanced centrifuges made of specialized carbon fiber, maraging steel, and other specially fabricated and machined parts and subcomponents. Even though Tehran may have some of these materials on hand, and possesses other centrifuge production and assembly plants, it will likely need to acquire more raw materials from abroad, as well as replace ICAC’s delicate measuring and balancing equipment. A centrifuge assembly plant must also be immaculately clean and dust-free to build operable centrifuges, a feat made more difficult given the facility’s probable location under a mountain.

Although Iran may conduct limited research and development on advanced centrifuges, it is presently restricted from enriching in those centrifuges under the 2015 nuclear deal, or Joint Comprehensive Plan of Action (JCPOA). Following U.S. withdrawal from the accord in mid-2018, Tehran has incrementally reduced its adherence to the JCPOA and deployed prohibited models at Natanz.

According to the IAEA’s September safeguards report, Iran had installed 164 IR-2ms, 156 IR-4s, and 120 IR-6s at the Pilot Fuel Enrichment Plant and planned to relocate the cascades to the main underground enrichment hall. It also installed a few dozen other advanced centrifuges, including these models, for R&D purposes. Iran already operates thousands of its simpler and slower IR-1 model centrifuges at the main enrichment hall at Natanz and at its other enrichment plant near Fordow.

Regardless of the present bottleneck in advanced centrifuge production, Iran’s breakout time—i.e. the interval required to produce enough weapon-grade uranium for one nuclear weapon—continues to shrink. As of September, Iran could break out in 3.5 months, and produce enough weapon-grade uranium for a second nuclear weapon two months after that. When the new assembly plant begins replacing inventory destroyed in the blast, in the coming years, Iran’s breakout time could diminish further.

The saboteurs responsible for the ICAC blast likely expected Iran would rebuild and locate a replacement facility underground but still thought the moment opportune to set back Tehran’s centrifuge program—and perhaps under a favorable U.S. president. Given the JCPOA’s unpredictable future and absence of efforts to reach a replacement deal, the saboteurs may have decided setting back Iran’s program now was worth the risk to temporarily halt the growing threat.

Governments of advanced and newly industrializing countries and high-tech industries must recognize that Iran will soon be out shopping for replacement parts, materials, and equipment. They must remain vigilant for new illicit procurement attempts by Tehran aimed at reconstituting its advanced centrifuge program, and crackdown on willing suppliers.

The new centrifuge assembly facility’s groundbreaking underscores that a more comprehensive nuclear agreement is needed to replace the JCPOA to ensure that Iran’s enrichment program is restrained for years to come. The victor of the U.S. presidential election should quickly get to work on leading that effort.

Andrea Stricker is a research fellow focusing on nonproliferation at the Foundation for Defense of Democracies (@FDD). Follow her on Twitter @StrickerNonpro. FDD is a non-partisan research institute focusing on foreign policy and national security issues.