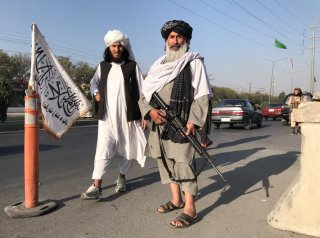 On August 17, 2021, two days after the Taliban conquered Kabul and ended the United States’ twenty-year war in Afghanistan, a Taliban spokesmen held a press conference and made a series of promises to the international community. Taliban leaders vowed to their former enemies that they would bring lasting peace, pardon those who had fought against them, and form a governing coalition with representatives from all of Afghanistan’s political, ethnic, and religious groups. They also guaranteed that the new government would protect basic human rights, including women’s rights to education and participation in public life, and pledged that they would not allow Afghanistan to be used as a base of operations for international terrorist groups.

One year later, the Taliban’s optimistic assurances have given way to a violent, parochial, and inept form of clerical rule. The group has failed to restart Afghanistan’s stagnant economy, responded ineffectively to a series of natural disasters and a humanitarian crisis, and answered growing civil and military resistance—particularly within the Panjshir Valley, where the National Resistance Front (NRF) of guerrilla leader Ahmad Massoud is based—with brutal repression.

The Taliban’s broken commitments are too many to list in detail. According to the United Nations and other international human rights organizations, Taliban forces have murdered hundreds of civilians, imprisoned thousands without trial, launched sweeping evictions targeting Afghanistan’s non-Pashtun population, redistributed conquered land to Taliban members and loyalists, and imposed a litany of restrictions on women’s participation in education, employment, and public life. Those who have protested these measures have been threatened, arrested, detained, tortured, and sometimes forcibly disappeared. Even these reports probably do not convey the full scope of human rights violations within Afghanistan, as the Taliban’s strict censorship requirements have sharply curbed independent journalism within the country.

More worryingly, Taliban leaders have also failed to deliver on repeated promises—first in the Doha Agreement of February 2020, and then in the group’s post-takeover statements—that they would not allow Afghanistan to be used as a launching ground for international terror attacks. In the year since that announcement, the Taliban has forged cordial relations with regional and global terrorist organizations. A recent United Nations report based on member state intelligence revealed that “terrorist groups enjoy greater freedom [in Afghanistan] than at any time in recent history.” The recent killing of Al Qaeda leader Ayman al-Zawahiri in one of Kabul’s wealthiest suburbs, in a mansion allegedly owned by Taliban interior minister Sirajuddin Haqqani, underscores this point. Nor was Zawahiri the only Al Qaeda member known to be in Afghanistan; Al Qaeda lieutenant Amin al-Haq and Turkistan Islamic Party (TIP) leader Abdul Haq al-Turkistani were also confirmed to have entered the country after the Taliban takeover. The Tajikistan Taliban Movement (TTM), a militant group opposed to Tajikistan’s secular government, has emerged in northern Afghanistan, and the government of Kyrgyzstan has warned that anti-Kyrgyz elements had formed in the country as well. Other terror organizations that have found a home in the Taliban’s Afghanistan include Al Qaeda in the Indian Subcontinent (AQIS), Tehrik-e-Taliban Pakistan (TTP), the Islamic Movement of Uzbekistan (IMU), Khatiba Imam al-Bukhari (KIB), Hezb-e-Islami, Lashkar-e-Taiba (LeT), and dozens of other splinter groups. Taken together, a clear pattern emerges from these reports: Due to the favorable environment in Afghanistan, regional and global terror groups are using the country as a safe haven and a recruiting ground, much as they did during the Taliban’s first period of rule from 1996 to 2001.

The Taliban’s actions over the past year have borne out three observations. First, it is increasingly apparent that the group’s leaders have no interest in governing for the public good. While this fact does not directly affect the security of the United States, it is a stain on America’s moral conscience and has troubling implications for Afghanistan’s internal stability.

Second, and more pertinently to U.S. national security, the Taliban is unwilling to restrict the activities of jihadists within Afghanistan. Although another mass-casualty attack akin to 9/11 is unlikely in the near future, the Taliban’s unwillingness to crack down on outward-facing militant groups means that Afghanistan will emerge as a safe zone for terrorists in an already volatile region. The terrorist groups presently in Afghanistan appear to be more focused on targeting their immediate neighbors than the United States, but there is no reason to expect that their reach would not expand as they gained strength.

Third, and perhaps most importantly, the Taliban have shown that it is willing to violate any commitment to the United States and the West in order to achieve its aims. Nearly every hostile move the group has made—from its deployment of released prisoners against the previous government to its embrace of Al Qaeda and the sheltering of Zawahiri—was preceded by a promise to the international community to do the opposite. This troubling fact means that diplomatic engagement with the Taliban is pointless; the group cannot be trusted to follow the commitments it makes and asking it to do so is an exercise in futility.

Unfortunately, short of another expensive, unpopular, and deadly invasion of Afghanistan—one that would plunge the United States back into an “endless war” only a year after its departure—there is little that President Joe Biden can do to change the unfavorable facts on the ground in the short term. However, the Biden administration can nonetheless take several steps to undermine the Taliban and curb the spread of the international terrorism it has facilitated.

First, the United States could formalize its opposition to the Taliban government. The Biden administration has indicated that it would not recognize the Taliban’s Afghanistan as long as it refused to broaden its government and protect human rights, amounting to a de facto policy of non-recognition. By making that policy more explicit, the United States could convince its allies to do likewise and raise the political cost of recognition for other potential Taliban partners, including Russia and China. It can also continue to sanction Taliban leaders and take steps to ensure that humanitarian aid to Afghanistan remains outside the group’s control.

Second, the Biden administration could offer political and material support to anti-Taliban elements within Afghanistan. Although the Taliban has attempted to eliminate Afghanistan’s pre-existing civil society groups over the past year, they have remained resilient both within the country and outside it, playing a key role in the nationwide protests against restrictions on women and the continued closure of girls’ schools. By supporting these groups, the United States can help create a credible network of civil society representing the diversity of Afghanistan’s ethnic and religious communities. It should also work to support anti-Taliban military resistance movements, most importantly the National Resistance Front. One of the most damning criticisms of Washington’s involvement in Afghanistan was its inability to cultivate a genuine “will to fight” among the previous government’s security forces, but this problem is not apparent in the NRF, which has fought admirably against heroic odds with no assistance or promise of assistance from the Western world. The NRF’s success over time could also prompt greater resistance from other regional authorities excluded from power by the Taliban government. Ironically, the Taliban appears intent on making the same mistake that the United States (and the Soviet Union) made: attempting to establish a central state governed from Kabul at the expense of tribes, regional authorities, and different ethnic groups, sowing the seeds for further unrest.

Finally, the United States could do its best to contain the terror threat from Afghanistan by making use of its over-the-horizon capabilities and by pursuing closer coordination with neighboring countries. Tajikistan, Kyrgyzstan, and Uzbekistan would particularly benefit from increased cooperation with Washington in this regard, as they have viewed the Taliban’s unwillingness to crack down on terror groups in Afghanistan with increasing alarm.

All of these moves have their own drawbacks. Attempting to control the flow of humanitarian aid will delay it and limit its scope, leading to suffering that might have been avoided with a more relaxed approach. Over-the-horizon strikes lack the precision of localized ones, inevitably leading to civilian casualties. And assistance to the NRF and the Taliban’s other discontents will breathe new life into Afghanistan’s forty-year war, which, for all its brutality, the group has mostly ended.

But the Taliban’s Afghanistan today represents a unique threat to international security. In spite of all its promises, the Taliban has not “changed” in its outlook since the 1990s, and although it might constrain Al Qaeda from launching another 9/11-scale attack for the sake of its own security, it has demonstrated a willingness to tolerate lesser terrorist activity—a development that will almost certainly lead to chaos throughout the region if left unchecked. Afghanistan’s neighbors, the remnants of its civil society, and the NRF will continue to face a steep uphill battle in confronting the worst consequences of the Taliban takeover. The United States must do what it can to aid them.