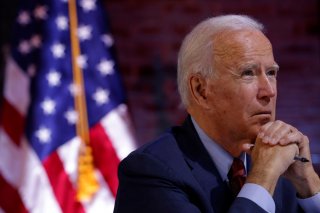 On the other hand, it could also cause regional players to move closer to Russia and China in the quest for advanced military and surveillance technology. The resulting decline in the influence of the United States—Israel’s most important and sometimes only ally—is a highly negative development for Israel’s national security. If these issues relating to values can be addressed on the bilateral level directly, pragmatically, and behind closed doors, Washington may be able to minimize the damage to its relationships in the Middle East while yielding some adjustments in the policies of foreign leaders.

It is true that the progressive faction in the Democratic Party, affiliated with figures like Sen. Bernie Sanders, is growing, even if that has been temporarily halted by Biden’s receipt of the presidential nomination. Should a member of that wing assume the Oval Office, then “democracy, human rights, diplomacy and peace, and economic fairness” is unlikely to remain at the top of the foreign policy agenda—where those issues were listed on Sanders’ campaign website—for long enough to eviscerate traditional alliances. Power has a tendency to moderate, and any U.S. president is unlikely to be able to prioritize values above all other foreign policy aims or to disregard them completely.

Ari Heistein is a research fellow and chief of staff to the director at the Institute for National Security Studies (INSS) in Israel.