A China-Iran Alliance Against Donald Trump? 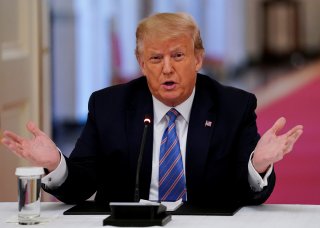 The New York Times has reported upon what it says is the final agreement between Iran and China. According to the paper:

"Iran and China have quietly drafted a sweeping economic and security partnership that would clear the way for billions of dollars of Chinese investments in energy and other sectors, undercutting the Trump administration’s efforts to isolate the Iranian government because of its nuclear and military ambitions. The partnership, detailed in an 18-page proposed agreement obtained by The New York Times, would vastly expand Chinese presence in banking, telecommunications, ports, railways and dozens of other projects. In exchange, China would receive a regular — and, according to an Iranian official and an oil trader, heavily discounted — supply of Iranian oil over the next 25 years."

Some caution is needed. First, it is not uncommon for groups like the Mujahedin al-Khalq to circulate fraudulent documents to try to embarrass the Iranian regime. There has been enough smoke in the Iranian press for the past 18 months, however, to know there is a real fire. Second, while the New York Times spins the agreement as directed against resistance to the Trump administration, the Iranian press makes clear that the China deal dates back to President Mahmoud Ahmadinejad’s second term which actually coincides with President Barack Obama’s administration. The New York Times may hate Trump, but it is dishonest to twist all world events to conform with its own obsessions.

Iranian hardliners have long put out feelers to their own public about an Iranian turn toward China. While it is no longer available online, on July 21, 2018, Jomhuri Eslami [Islamic Republic], one of the most prominent hardline newspapers in Iran, published a masthead editorial entitled “The Correct Interpretation of the Politics of ‘Neither East nor West.’” “Neither East nor West,” of course, was one of Revolutionary leader Ayatollah Ruhollah Khomeini’s slogans to reinforce Iranian independence specifically from the United States and the Soviet Union but more broadly from any outside power. Just weeks after a Chinese military delegation met with the Iranian ground forces commander, Jomhuri Eslami argued, however, that a reassessment to Iran’s strategic philosophy was necessary.  “Whether during the period of the Tsars or the Soviet Union, those who are opposed to strengthening our relations to Russia say that Russia cannot be trusted and so say we should not be moving toward a policy of “looking to the East.” It is also possible to see the same argument for denying the strengthening of relations with China in the remarks and writings of the opponents of the ‘Look to the East’ policy….,” it declared.

The turn to China fulfills an often-unhappy Iranian historic pattern that predates the Islamic Republic. When Iran is weak or feels exploited by outside powers, it turns to other countries it hopes are disinterested to balance out the powers which Tehran feels are unfairly victimizing it. During the mid-nineteenth century, for example, when the British and Russian Empires were encroaching on Iran’s borders militarily, the Persian leader Nasir al-Din Shah turned to the Austro-Hungarian Empire to create a modern military academy in order to modernize the country’s army.

In subsequent decades, both Russia and Great Britain turned to exploitive concessions—the late nineteenth equivalent of the debt diplomacy which China practices today. In order to regain financial independence, the Iranian leaders turned first to Belgium and then, in 1912, to the United States. Both countries were seen inside the Iranian court as small and unlikely to interfere in Iran’s internal affairs. While the British and Russians conspired to expel the American financial expert Joseph Shuster who was reforming Iranian finances, the United States maintained its independent, disinterested reputation for several decades more, eventually sending a new expert, Arthur Millspaugh, to help Iran regain its financial independence. Reza Shah, the father of Mohammed Reza Shah whom Khomeini would eventually oust, followed the same pattern when he sought to reach out to Germany, an action that led the British to force his abdication in 1941 against the backdrop of World War II.

With the rise of the Cold War, Washington did not maintain the disinterested approach which first attracted Tehran to it. Especially in the wake of the 1953 coup—an operation ironically in which the United States was allied and conspired with the Iranian clergy which would seize power a quarter-century later—the United States grew ever more involved in Iran’s internal affairs. Post-1979, the U.S. regional presence became for the Iranian leader the subject both of fevered Iranian conspiracies, paranoia, and legitimate concern. Some Iranian leaders have flirted with the idea of a tighter relationship with Russia, ordinary Iranians have reacted with nationalist outrage at any alliance with Russia that would grow deeper than mere diplomatic alliance.

Hence Iran’s turn toward China. While Iranian officials have welcomed China’s assistance to develop Iran’s nanotech industry, to upgrade its missile program, and to provide the Iranian navy with port facilities during its occasional forays into the Pacific, any deal between the Iranian government and China to allow long-term leases on Iranian soil will cause popular outrage among the Iranian people and across much of the Iranian political spectrum. Supreme Leader Ali Khamenei and his immediate lieutenants operating in the Islamic Republic’s political leadership may try to force such a deal through anyway, but they do so at considerable risk to their own legitimacy. Some Iranian leaders may look at a China deal as a blow not only to the United States and the United Kingdom (about which they still obsess), but also Russia, but there is already unease not only among the Iranian public but also among Iranian officials about whether the benefits of a China deal outweigh the risks to Iranian sovereignty. After all, every time the Iranian government casts its lot with a new power to counter its upset at the old, it ends poorly for Iranians. Khamenei may not see that, but ordinary Iranians do.

The real problem to the United States is not that China will start supporting Iran at the United Nations—after all, whether it votes yes or no, China often does as it pleases anyway. Rather, it is that if Khamenei and President Hassan Rouhani lock in China to a long-term Iran deal before Khamenei dies, a death which may unleash both a succession struggle, massive anti-regime protests, and even a turn among many Iranians to the West, a more aggressive Beijing may simultaneously try to enforce its holdings militarily or undermine a post-Khamenei Iran’s recovery via debt traps. China is not above interfering domestically in Iran in the same way that the United States did a half-century ago. That may be a headache for a future American administration, but it will be yet one more tragedy for the Iranian people who yearn to be both free and left alone.