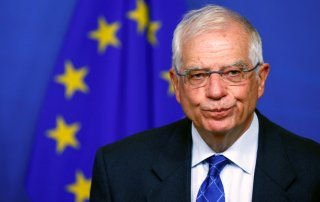 Critically, this is not a concession to Iran as both the Politico and Wall Street Journal reports claim. The IAEA Board of Governors (IAEA BoG) resolution noted in Borrell’s text outlines the aforementioned concerns and questions about Iran’s nuclear program and “requests” that the IAEA director general continue reporting on the matter. If Iran satisfied all of these issues, then the mandate to continue investigating and reporting would become mute anyway. Hence, the language in Borrell’s text does not make the reimplementation process contingent on the IAEA’s satisfaction as either Norman and Karnitschnig claimed or as the JCPOA’s Article 14 mandated.

In conclusion, it seems that Borrell’s idea of addressing the outstanding issues between Iran and the United States is simply to touch upon them without proposing any meaningful action that addresses the concerns of the Iranian side.

It is difficult to understand why these leaks are happening now. Based on the circumstances, it seems rather clear that they are coming from one of the European parties. But as the negotiations wind down and the discourse surrounding this issue likely returns to the highly-contentious domestic political arenas of Washington and Tehran, it is increasingly important to have a clear picture of the agreement being considered and the practical real-world effects. These misleading and selective leaks, whether authorized by one of the parties or not, do a significant disservice to the process of deliberation.

Ali Ahmadi is a scholar of sanctions and geoeconomics. He is currently an Executive Fellow at the Geneva Center for Security Policy (GCSP) and a Research Fellow at the Brussels-based Vocal Europe foreign policy think tank. You can follow him on Twitter and Linkedin.