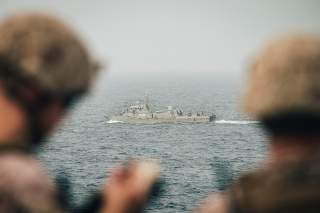 Iran’s meddling across the Middle East is increasing. Iranian Revolutionary Guardsmen seize ships, Iranian proxies fire missiles into neighboring countries, and the Islamic Republic continues to seek a land bridge to the Mediterranean. Enabling Tehran’s malign outreach is its oil wealth. Iran possesses the fourth largest known oil reserves in the world. Eighty percent of Iran’s oil is found in Khuzestan, the southwestern province at the head of the Gulf. A century ago, the region—once known as Arabistan, or “land of the Arabs”—was practically independent under Sheikh Khaz’al bin Jabir. In 1925, however, the shah kidnapped him and held him under house arrest in Tehran while Iranian troops moved into Khorramshahr (then known as Mohammerah). Occupation followed. Khaz’al never returned. In 1936, assassins murdered him in his sleep.

Across administrations and both before and after the 1979 Islamic Revolution, successive U.S. administrations recognized Iranian unity and effectively blessed Iranian conquest of the Arab emirate. Had U.S. policy instead recognized that Arabistan has its own history and people distinct from Iran, then it is unlikely that the Islamic Republic of Iran could sponsor the terrorism in which it now engages.

For centuries, Persians used the term “Arabistan” to refer to what is now southwestern Iran simply because they recognized that it was ethnically and linguistically distinct. With many of Persia’s largest cities in the interior of the Persian plateau, Arabistan was also secluded, separated from the rest of Iran by the Zagros Mountains. Arabistan’s tribal governance was traditionally distinct from Iran’s monarchy and bureaucracy. The leaders of Arabistan were fine with their loose arrangement with Tehran, believing the protection of the Persian shahs to be preferable to subjugation, harassment and economic exploitation by Ottoman Turks. Indeed, Iranian shahs took little interest in Arabistan until the discovery of oil there in the first decade of the twentieth century.

Iranian leaders often claim to defend victims of oppression and discrimination across the region, whether they be Shia communities in other countries or the Palestinians in conflict with Israel. Despite their lofty rhetoric, they have failed to address their own oppression and discrimination against the Arabs whose oil-rich land they have exploited for decades. The discrimination is vast: Ethnic Arabs in Arabistan are not allowed to name their children Arabic names unless they were also the names of major Shia figures. Amnesty International has chronicled the disappearances and executions of ethnic Arabs across the province, as authorities in Tehran seek to complete their slow-motion ethnic cleansing.

Both the United States and its regional partners appear perplexed at how to respond to increasing Iranian aggression. They have tried all the usual diplomatic and economic mechanisms of statecraft, but most do not want war with Iran. Still, despite the Trump administration’s “maximum pressure campaign,” Iranian officials siphon off enough oil to fund and to continue their support for insurgencies and terrorism campaigns. Perhaps, then, the time is now to deny Iran the resources it wastes, restore regional stability, and right a historic wrong by setting Arabistan free.

Sheikh Abdullah Al Khazaal is the grandson of Sheikh Khaz’al and a graduate of New York University Abu Dhabi.

Editor's note: This article previously listed the date that Persia changed its name to Iran as 1925. That change officially occurred in 1935. We regret the error.