By Cracking Down On Protests, Iran's Regime Is Creating Its Own Worst Enemy 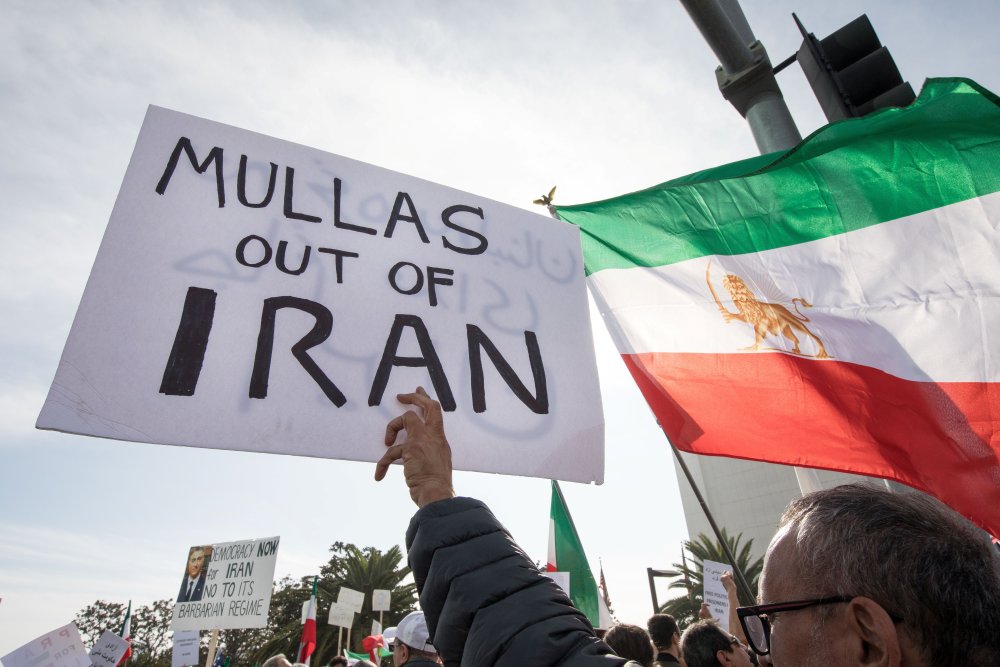 Iranian leaders are nervous. Supreme Leader Ali Khamenei is eighty years old and does not have the religious prestige to simply anoint a successor as his predecessor Ayatollah Ruhollah Khomeini did. Even children of the revolutionary elite question the values of their parents and the logic of the regime’s social restrictions. Protests, meanwhile, are becoming more frequent. In 1999, a violent security force reaction to a demonstration over press freedom morphed quickly into nationwide protests. In 2001, mass protests again hit Iran after Iranians, outraged by a rumor that regime officials had ordered Iran’s team to throw a World Cup qualifier, took to the streets. In 2009, it was the widespread belief that the regime had thrown the election which led to popular upheaval. More recently, in December 2017, economic protests erupted. Corruption is rife in Iran, and Iranians derisively refer to the children of government officials who flaunt their wealth as “little princes.” The most recent round which started with a sudden hike in gas prices appears to be the most serious yet.

Regime spokesmen and their ideological compatriots might deny popular unrest threatens the Islamic Republic, but it is clear that Iran’s top leaders and their security forces fear otherwise. Political space has shrunk within Iran. Once prominent politicians and political reformists now rot in prison. President Hassan Rouhani—despite cultivating an image as a moderate among Western diplomats—has not lifted a finger to win the release of former parliamentary speaker and presidential candidate Mehdi Karroubi or former prime minister and presidential candidate Mir-Hossein Mousavi. It is telling that the regime releases on bail a former Tehran mayor who murdered his wife but refuses to release those whose crimes were to question the trajectory of the system.

Beyond Green Movement leaders, Iranian security forces have rounded up many civil society activists, environmentalists, labor leaders, and intellectuals and condemned them to Tehran’s notorious Evin prison. Such a move represents not justice but fear.

While Evin is today known for its torture and brutality, it may someday soon be remembered as the de facto university for the first generation of Iran’s post-revolutionary leaders. Consider precedent: Within Iran, many revolutionary leaders met and organized while in the shah’s prisons. Outside Iran, such leaders as South Africa’s Nelson Mandela, Iraq’s Barham Salih, Poland’s Lech Walesa, and South Korea’s Moon Jae-in all served stints in their country’s prisons for their opposition against dictatorial regimes.

They are the rule rather than the exception: The bureaucracies of each of their countries are filled with former political prisoners. Iran will likely be no different. While many Iranian exiles may dream of glory and are eager to contribute their expertise to any transitional government, top leaders like Reza Pahlavi, the son of the late shah, also say that Iran’s post-revolutionary leadership will come from within. There will be no Iranian equivalent of “de-Baathification.” They recognize that most of those serving in Iran’s civil society are good people seeking simultaneously to build Iran and feed their families; they should be commended and not punished. Those who defect from the security forces will also be welcome.

There is a special camaraderie, however, that is built through long political discussions in prison as well as solidarity that is developed after together suffering through a common experience.

Iran faces many rough years. When the ayatollahs fall, civil war might erupt, especially along Iran’s periphery. The Revolutionary Guards—at least those who do not defect—might see themselves as the natural heirs, utilizing the vast fortunes they have embezzled to buy loyalty and the weapons they control to suppress dissent. The result might be continued dictatorship, just one with a military rather than a religious patina. Still, the Revolutionary Guards is not monolithic, and they would still face the same desire for economic and political liberalization that Iranians demand today.

The real future of Iran—in the long term if not immediately—may instead rest among those already imprisoned for their beliefs. Therefore, when policymakers and diplomats wring that hands and ask whether the devil we know is better than the devil we don’t, the proper answer might be no, for those poised to inherit the mantle of leadership are those who have participated in a dictatorship only to be disillusioned with its excesses. They have been immunized to the falsity of religious populism. They have blown the whistle on corruption. They are the current residents of Evin. And the more the Iranian regime cracks down, the more they simply swell the ranks of their successors.