Critical Junction: Why America Should Explore a Relationship With Artsakh 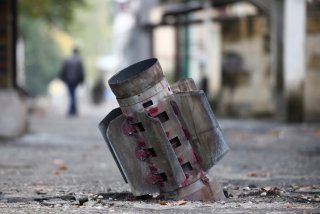 Both Armenia and Azerbaijan have accused each other of violating a ceasefire deal brokered by Russia. The flare-up of the long-simmering conflict between the two neighbors and former Soviet states last month has already cost dozens of lives and sent thousands of people fleeing.

United States policy is confused. On the day violence erupted, a State Department spokesman issued a statement infused with moral equivalency. She did, however, state that “the United States believes participation in the escalating violence by external parties would be deeply unhelpful and only exacerbate regional tensions.” And, yet, that is exactly what Azerbaijan did when it welcomed an intervention by Turkey which reportedly sent both F-16 fighter jets and Syrian mercenaries to reinforce Azeri forces attacking their Armenian counterparts in Nagorno-Karabakh (Artsakh).

U.S. diplomats—and many of their Western counterparts—look at the Caucasus as a quagmire cursed by history. Armenia, of course, has a millennia-old history. Azerbaijan was briefly independent after the collapse of imperial Russia in 1918. Nagorno-Karabakh was historically populated by Armenians—and the area remains dotted by Armenian churches (some of which Turkey and Azerbaijan now seek to destroy)—but, in 1923, Joseph Stalin, general secretary of the Soviet Communist Party, awarded the region to Azerbaijan. The irony of subsequent U.S. policy is that for decades during the Cold War, both Republicans and Democrats worked to counter the Soviet threat but since Armenia and Azerbaijan regained their independence in 1991, the State Department has committed itself to continuing Stalin’s legacy.

Congress has been more clear-eyed. In 1992, it adopted the Freedom Support Act, section 907 of which banned U.S. assistance to Azerbaijan. In October 2001, the Senate amended the Freedom Support Act to waive its restrictions on Azerbaijan. The logic was that Azerbaijan, although a dictatorship, was a U.S. ally in the Global War on Terrorism. Azerbaijan deliberately courted the West—especially pro-Israel groups—highlighting Baku’s own antagonism toward Tehran. In hindsight, that was a mistake (which, full disclosure, was my mistake as well). Armenia was also a dictatorship and largely pro-Russian, making its case in Washington more difficult.

That has changed. In 2018, Armenians ousted their long-time dictator and embraced democracy. There has never been a problem with the cultural aspects of Yerevan’s pro-Russian orientation, but any continued diplomatic orientation is less the result of popular desire and more necessity given the Trump administration’s disinterest in engaging and cultivating Armenia’s pro-Western turn.

Azerbaijan’s dictatorship, meanwhile, has only become more repressive. In July, protestors stormed the foreign ministry, shaking dictator Ilham Aliyev’s confidence. Just as Turkish President Recep Tayyip Erdoğan uses ethnic conflict and international aggression to distract from his own domestic failings, so too has Aliyev. This is playing out now.

Certainly, the White House should end its waivers of Section 907 and, if it does not, Congress should work to roll back its earlier amendment that allowed such a waiver. Much more is needed, however. Rather than simply defer to the Organization for Security and Cooperation in Europe and the so-called “Minsk Group,” perhaps a better response from Secretary of State Mike Pompeo and his team would be to embrace the Kosovo model. Like Artsakh, Kosovo had a long history. Like Artsarkh, dictators forced it technically into unsatisfactory unions where it experienced conflict and repression. The West stood up to Serbia’s dictatorship and history of ethnic cleansing, however and, in 2008, Kosovo became Europe’s newest member. Part of the negotiated agreement, of course, was that it remains independent and not join neighboring Albania. The West might recognize Artsakh and guarantee that it remains its own country. Artsakh has a longer history and greater claim to independence than many other states today. Not only would such a U.S. diplomatic response be the moral and ethical response, but it would also send a diplomatic signal to Turkey that its regional aggression and use of Syrian mercenaries, some of whom are Islamic State veterans, will always backfire.