Danger in the Gulf: What the Attack on Saudi Arabian Oil Means for America 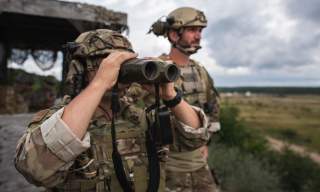 For hawks like Secretary of State Mike Pompeo, American power, as the Bolshevik adage goes, cannot fail, it can only be failed. For many of his ilk, the superiority of American power means the willingness to project it is the only thing needed to earn the capitulation of foes and the only way America loses is if it chooses to relent. Donald Trump, however, watched George W. Bush’s presidency burn in the Iraq war and is unlikely to embrace the chaos of war heading into an election year. President Trump would be wise to heed the lessons of the most recent volatile security episode in the Persian Gulf region, especially as it pertains to his administration’s campaign against Tehran.

After the strike on the Abqaiq oil processing facility in Saudi Arabia, Secretary of State Pompeo charged that the strike was not conducted by Houthi drones but rather by cruise missiles fired directly by the Iranian military from inside Iran or Iraq. The Houthis have claimed the attack and Iran has vociferously denied Pompeo’s claim. The material evidence, in the form of satellite pictures the U.S. government claimed would establish Iran as the direct culprit, as the New York Times put it, “did not appear as clear cut as officials suggested.” Much of the rest of what is provided is in the form of claims from unnamed U.S. officials, even as the Pentagon seems disinterested in supporting Pompeo’s claim despite this being a military matter. Rather than focusing on the web of charges and retorts, it may be better to look at the strategic impacts of these scenarios.

Strategic Consequences (Choose Your Own Adventure)

If the Houthis did successfully execute this attack, then it would represent a significant enhancement of their strategic capacity to engage in tactical strikes against outside aggressors. The claim that such an attack would be outside their technological capacity does not hold up to scrutiny. But demonstrating the ability to actually evade the defenses of a state with almost limitless access to U.S. arms and training should have analysts revisiting their assumptions about the extent to which non-state actors can field deterrent capacity.

Without the basic ability to guard against even crude air assets, any notion of the United States empowering its regional network to dictate terms to Iranian allies with military action seems impractical. The credibility of U.S. anti-missile capabilities were already in question. For Saudi Arabia and hawks inside the U.S. government, the notion that a tribal force like the Houthis could reach into their territory and engage in this kind of tactical action is militarily embarrassing and practically discrediting from a policy standpoint.

On the other hand, the notion that Iran fired cruise missiles from across the Persian Gulf may actually be more ominous for the United States. Experts in Washington have long held that Iranian missile accuracy is so poor that it would have little military application and that “[w]ithout a nuclear warhead, Iran’s ballistic missiles are likely to be more effective as a political tool to intimidate or terrorize an adversary’s urban areas.” If it is conceivable that Iranian cruise missiles—the newest and least tested section of Iran’s missile fleet—flew across the militarized Persian Gulf and evaded both Saudi and American sensors and air-defenses to hit an oil facility, then how much safer are U.S. forces in the region?

There were already some signs of concern about the lethality of Iran’s asymmetric and deterrent capacity in a direct engagement. Retired Vice Admiral Joe Sestak, now a politician and a presidential candidate, expressed concern about the operational consequences of a direct U.S. attack on Iran in the Des Moines Register just one month ago. He warned about the potential of Iranian retaliation across the region and said U.S. “carriers could not survive long in the Persian Gulf due to stealth mini-submarines, mines and proximity to Iranian missile batteries. We would be forced to operate from the open sea, slowing down our operations.”

Add to this the survivability and precision that Pompeo is now attributing to Iranian missiles and the conclusion very well may be that U.S. military assets in the Persian Gulf region have gone from being an intimidating tool of American coercion to a strategic vulnerability. Either way, the overall project of using economic and military statecraft to bring Iran and its allies to heel in favor of a regional security architecture based on U.S.-backed Saudi and Israel domination seems to be a failure. The United States can go to war or sue for peace but this middle path involving the United States applying pressure from a distance is clearly not working.

Pompeo has been on a months-long media campaign promoting, among other things, what he describes as the success of the “maximum pressure” campaign against Iran. But Pompeo’s primary argument for the success of the anti-Iran efforts centers on the narrative that U.S. sanctions have severely damaged Iran’s alliance network in the region. Consider the way he framed the issue to a right-wing talk show host in July:

The first priority was to deny the Iranian leadership resources. Previous administration taken a different approach. It said olly olly oxen free, here’s all the money you can possibly stand to build out your terror campaign, to build your nuclear weapons system, to take nuclear physicists, all of the things that money can deliver – terror against Israel out of Hizballah and from Syria. Our – the first proposition for our campaign was to deny wealth and resources for the Iranian leadership, and it has been enormously successful in doing so. You can see it. Hizballah is passing the tin cup.

He continued this campaign into this past weekend when discussing the campaign against Iran on several Sunday talk shows. He told ABC News, for example, that “the math is really very plain.  And now Hizballah is struggling for resources. The Shia militias in Iraq, same thing.” The attack on the Saudi refiner disrupted Pompeo’s public victory lap in a particularly bright and striking way.

To be clear, many had already dismissed Pompeo’s claims of a battered Iranian alliance network. These appraisals are especially strident with regards to Hezbollah, Iran’s strongest non-state ally. In its assessment of Pompeo’s claim, the Financial Times said Western diplomats and regional experts considered the financial difficulties being attributed to Hezbollah as overblown and cited factors “including Lebanon’s stuttering economy, slowing regional growth and a drop-off in remittances from the Lebanese diaspora” as being the primary reason for what difficulty Hezbollah is experiencing.

Tony Badran, of the anti-Iran group The Foundation for the Defense of Democracies, argued that the “assessment has been concocted by U.S. officials who latched onto isolated comments by Hezbollah’s secretary general, Hassan Nasrallah, and other flimsy evidence, which they are using to reach rash and unfounded conclusions about the organization’s financial state.” He dismissed media reports supporting Pompeo’s view as “game of telephone, with bits and pieces getting passed on and mutating from one report to the next.” Kenneth Katzman of the Congressional Research Service rejected the notion that sanctions pressure would induce Iran to halt its support of its allies and said  “there are no indications that either Iran’s nor Hezbollah’s capabilities or intent to continue helping Assad have changed. Both remain significantly engaged in Syria, and Iran’s posture in Iraq, Yemen, and elsewhere remains virtually unchanged.”

Simply put, Washington’s hopes to stop Iran from supporting its allies by pressing the Iranian economy is unlikely to work. Iran’s support for its alliance network is largely dismissed in Washington as a frivolous imperial project that Iran can simply choose to abandon. But for Iran, its non-state allies are a core national-security issue and will, therefore, be prioritized in budgetary considerations especially when tensions are high. Iran’s support for non-state actors, like Hezbollah, are also not financially intensive and therefore can continue under sanctions.

Both Iran and Trump seem to take steps back from a possible meeting on the sidelines of the United Nations General Assembly and the French proposal to deescalate tensions after the strike. The French proposal, or a deal of the kind, may not solve the problems between the two countries—the meeting may be altogether pointless—but it constitutes an off-ramp from the endless cycle of escalations. Both countries should consider that all of these episodic bouts ultimately harm their interests and increase volatility in a region already brimming with it.