The Day After Netanyahu: An Opportunity for Change or More of the Same? 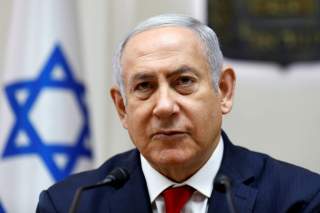 Israeli politics has been dominated by Prime Minister Benjamin Netanyahu for the last decade. He is currently serving his fourth term in office and has been prime minister three consecutive times since 2009. Sooner or later, however, he will leave office—sooner if the corruption investigations against him evolve into a conviction, or much later if left to the judgment of the electorate.

Netanyahu’s leadership has become increasingly populist over the years with the cultivation of assertive nationalistic rhetoric and policies designed to garner and maintain popular support. Israeli politics has also become progressively personalized, with Netanyahu trying to convince the public that the continued security and stability of Israel are contingent on his “outstanding” leadership qualities. Among other things, this message is designed to emasculate the validity of the ongoing criminal investigations against him, and the eventual decision by the attorney general on whether or not to indict him.

The domination and personalization of Israeli politics by Netanyahu gives rise to an interpretation of Israel’s policies as being a representation of Netanyahu’s vision, rather than the product of internal, international and regional realities. This, in turn, leads some to believe that Netanyahu’s departure could offer a real opportunity for policy changes.

Paraphrasing from a recent article on President Donald Trump and the international order, Netanyahu is less an architect than an avatar of Israel’s policies. The determining factors that have shaped and constrained Israel’s policies during the Netanyahu era will also be compelling in the post-Netanyahu era and in the absence of truly exceptional leadership, his successors are likely to maintain similar policies, albeit in a different personal style. Unfortunately, none of those presently jockeying to succeed Netanyahu as prime minister have yet to demonstrate the traits of exceptional leadership.

Is Netanyahu a Shaper or an Adapter?

The interplay between internal politics, regional realities and the prevalent influence of the security establishment goes a long way to explaining the course of Israel’s national-security policies under Netanyahu.

Israelis perceive their external environment as being perpetually and unremittingly hostile, extracting painful sacrifices from its armed forces and citizens. This societal sense of struggle and insecurity has enhanced and predisposed security as the central value by which our leaders are judged.

The progressive evolvement and changing nature of Israel’s hostile surroundings have induced a reactive national security decisionmaking process that is focused on the countering of immediate dangers and in which the security establishment is dominant in analyzing and presenting the issues and is also the main tool in dealing with them.

The high regard and trust in which the security establishment in Israel is held by society, constrain the ability of the civil government to easily go against its recommendations. According to the Annual Israeli Democracy Index released in December 2017, the army is the most trusted institution with a rating of 81 percent while in contrast the level of public trust in the government is low (29 percent) and the level of dissatisfaction with the elected leaders is high.

Even though changes have been made over the years in an effort to balance the dominance of the security establishment in national security decisionmaking, they have yet to be effective. In spite of trying to improve the preparations for and the discussions of the politically diverse “Security Cabinet” (the Ministerial Committee on Defense), these tend to be mired by political maneuvering—especially since they are often leaked to the press leading the ministers to commonly play to their constituents. An effort is also underway to position the National Security Council, established in the prime minister’s office in 1999, as the body responsible for integrating security policy formulation. This is a work in progress that has not yet succeeded in truly reducing the overriding influence of the security establishment.

Henry Kissinger famously noted that “Israel has no foreign policy, only domestic policy.” While an exaggeration, it would be fair to say that like all nations Israel’s foreign policies are deeply influenced by internal political concerns depending on the issue and the circumstances. Israel’s internal politics does undoubtedly play a distinctively decisive role in inhibiting a more concessionary stance towards the Palestinians. The failure of the “Oslo Process” and the disengagement from Gaza that produced copious acts of painful Palestinian terror against Israel has hardened public opinion against diplomatic measures and initiatives. Israel’s public opinion and politics have become more nationalistic on the Palestinian issue, and as center-left parties have moved to the right, the right-wing parties have shifted even more to the right.

Given Israel’s proportional representation electoral system, it is governed through governmental coalitions. Coalition management in the past decade has tended to amplify the disproportional strength of the small right-wing parties, some of them with messianic underpinnings that contest the need for territorial concessions to the Palestinians or for diplomatic overtures. In their eyes, the solution to the Palestinian conflict is more detrimental than continuing to manage the problem itself. Holding on to and settling Judea and Samaria has metamorphosed from being a strategic instrument to achieve peace into being a divine end in and of itself. Netanyahu, as a risk-averse politician dependent on the votes from the right, has become very attuned to these sentiments.

Netanyahu’s grouping with the right-wing and religious parties has given him the opportunity to reduce institutional constraints on executive powers and to weaken the media. The narrative in Israel has become very discrediting, those who oppose the government’s policies are “unpatriotic,” “naïve” or “out to weaken Israel.” This nationalistic setting confluences with the government’s resentment of the perceived bias of the international community towards Israel. Nationalism in Israel is going hand-in-hand with a diminishing belief in internationalism, in the objectivity and effectiveness of international mechanisms and order. This weakened belief in the mechanisms of the liberal international order converges with the attack on Israel’s internal liberal institutions like the high court and the media.

Regional realities, though in-part more positive for Israel, have failed to transcend Israel’s innate sense of insecurity. The hostile intentions of Iran, Hezbollah and Jihadi extremists are prevalent in strengthening the belief that Israel, with U.S. security assistance, is destined, as is written in the scriptures, to be a “people that shall dwell alone.”

Continued Palestinian intransigence and hostility reinforces this view. Very few in Israel believe that the Palestinians can be offered more than the rejected proposals that former Prime Ministers Barak (2000) and Ehud Olmert (2008) extended them. The international impunity granted the Palestinian refusal of President Barack Obama’s proposals (2014) to renew the peace process, combined with the continued condemnation of Israel’s policies, reinforces the belief that the world cannot be relied upon and that international diplomatic levers are of limited efficacy.

Even though Netanyahu understands that Israel cannot continue indefinitely to rule over millions of Palestinians, the interplay between domestic pressure, Palestinian intransigence and international bias has led Netanyahu to decisional paralysis, backtracking from his 2009 Bar Ilan policy speech for solving the conflict.

During Netanyahu’s extended leadership, Hezbollah and Hamas have grown stronger and more dangerous than ever before, as has Iran’s malign regional presence. Israel has no real Palestinian partner, and its peace with Egypt and Jordan are centered around security and lack substantive depth. Israel’s special relationship with the United States—a critical component of its national standing—is becoming more and more partisan, and the rupture between Israel and American Jewry is growing.

In short, Netanyahu is an exceptional politician but an unexceptional leader. He has managed to forge and manage difficult government coalitions and to mobilize his partners in order to diminish the influence of the civil bureaucracy, the media and opposition groups. He has also presided over the military and economic strengthening of Israel and has taken advantage of changes in the interests of the pragmatic Sunni Arab states, African nations and Israel’s eastern Mediterranean neighbors to improve its diplomatic standing. While Netanyahu has been very apt in adapting to emerging circumstances, he has, however, failed during his extended tenure to shape a long-term grand design for Israel’s place in the region, or to solve or substantially moderate any of the big national-security issues facing Israel. The parameters of Trump’s policies towards Iran and the Palestinians will define the contours of Israel’s national security far more than anything that Netanyahu has done over the last ten years.

The circumstances that have shaped Israel’s national-security decisionmaking under Netanyahu are not going to change dramatically following his departure. It will take an exceptional and brave political leader to overcome the constraints and make the difficult formative decisions, especially regarding the Palestinians, that will ensure Israel’s physical well-being and its existence as a democratic Jewish state.