Does the Taliban Really Want to Confront Terrorism? 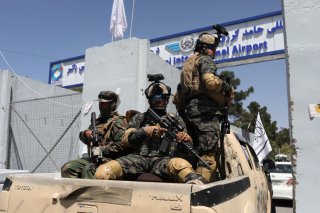 One year after taking power in Afghanistan, the Taliban are struggling on almost all fronts including governance, rebuilding the economy, ensuring internal security, and improving their domestic and international credibility. Besides the pledges they made in the Doha agreement, they have also been making tall claims about their renewed outlook and behavior. The international community has taken these claims cautiously. But as far as peace and security are concerned, the Taliban regime could establish a “muscular peace” in a country that has long been affected by war and conflict.

The Islamic State-Khorasan (ISIS-K) has become a critical challenge for the Taliban. Since the signing of the Doha agreement by U.S. and Taliban representatives in February 2020, ISIS-K has intensified its attacks inside Afghanistan. The Taliban have launched a deadly crackdown against the group, but the threat level is still gradually rising. Just a few days before the first anniversary of the Taliban takeover, the death of Al Qaeda chief Ayman al-Zawahiri in Kabul has brought another embarrassment for the Taliban. The credit for Zawahiri's killing goes to the Biden administration, which has been advocating an “over the horizon” counter-terrorism strategy to defeat terrorists since U.S. troops withdrew from Afghanistan. This counter-terrorism approach is also subject to criticism on the premise that a war cannot be won through limited force when the United States could not first defeat the Taliban with more troops and assets in Afghanistan.

The Taliban regime has its own shortcomings. It appears less visionary and may not be able to perceive complex ideas concerning the economy, institution building, internal security, and countering the threats posed by the groups like ISIS-K. Instead, the Taliban is a guerilla force that is better at mounting an insurgency challenge to the government.

Can the United States or NATO assist the Taliban in countering the threats related to global terrorism? Understandably, the Taliban lack credibility, and it would be hard to trust them without recognizing their regime and with the concern that they might misuse the counter-terrorism resources. Low-scale terrorism threats can be effectively dealt with by employing limited force. But in this scenario, the United States’ old enemy, the Taliban, is fighting against its new and more dangerous enemy ISIS-K. The problem is that the old enemy also has friends like Al Qaeda and Tehreek-Taliban Pakistan (TTP) who could pose a future threat.

In this context, what should be the strategy? Helping the Taliban fight ISIS-K and force the former to detach from Al Qaeda and TTP. For the Taliban, detaching from these groups would require some incentives. This was the major flaw in the Doha agreement signed between the United States and the Taliban. The Doha agreement was an acknowledgment that Al Qaeda is present in Afghanistan, and the Taliban pledged that they would not allow Al Qaeda or any terrorist group to use their soil for terrorist attacks. The Taliban did not have any clue about how they would ensure this, nor was the United States interested in such plans.

The United States should have demanded a plan from the Taliban about their prospective strategy to deal with the foreign militants. Would they be deported (which is unforeseeable)? If not, would they be placed into camps or isolated settlements? Something like the Dayton Accords could have been considered. When the Dayton Accords were signed by Bosnia, Croatia, and Serbia in 1995, the total number of foreign fighters in Bosnia—who had entered the country from 1992 to 1994 and fought along with the Bosnian civil defense forces—was estimated to be 5,000. Many fighters were integrated as a separate battalion within the Bosnian Armed Forces. These fighters were required to leave the Balkans under the Dayton Agreement’s terms, but the majority stayed there, and a third were granted Bosnian citizenship.

The United States can still look into such options, and indeed it would be a big test for the Taliban to prove their sincerity with the pledges they have made with the international community.

Muhammad Amir Rana is a security and political analyst and the director of Pak Institute for Peace Studies (PIPS).