Does Turkey Belong in the Abraham Accords? 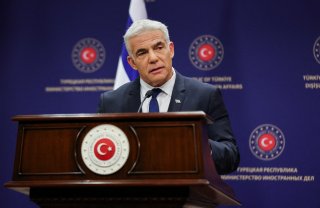 The Abraham Accords illustrated that Israel and the United States could build significant diplomatic ties with the Arab states not only by leveraging their ample military and economic opportunities but also by exploiting geopolitical developments to advance mutual interests. The contemporary realities that came with the passing of the Abraham Accords suggest that the motivations (beyond technological and economic ties) were to provide a counterweight to the hegemonic ambitions of Iran, increase U.S. military sales, and, exclusively for the Gulf States, resist regional interference from Turkey. While Turkey’s political leadership under President Recep Tayyip Erdoğan has focused on an agenda that conflicts with the Gulf states and has further exacerbated fundamental flaws in the Israeli-Turkish relationship over the previous decade, a mutually beneficial partnership with the inclusion of Turkey in the Abraham Accords would solidify a complete Middle Eastern bloc capable of addressing the region’s most critical issues. Not only is this necessary, but the current improvement of Israeli-Turkish relations opens a window in which it is more probable than ever.

Israeli Foreign Ministry director-general Alon Ushpiz and Turkish deputy foreign minister Sedat Onal finalized an agreement for Israel and Turkey to return to full diplomatic relations on August 16 with the reinstatement of ambassadors and consuls-general and public commitments by Erdogan and Israeli prime minister Yair Lapid to work towards future cooperation on energy, security, and trade. The agreement followed signs of good faith between the two states, including the reopening of the Israeli trade office in Istanbul, Ankara's decision to allow Israeli airlines to fly to Turkey, and the quelling of Iranian plots to assassinate Israeli citizens in Turkey through cooperative security efforts. The momentum has culminated in a formal public renewal of relations, years after the relationship had receded to an all-time low. Lest we forget that it was only thirteen years ago that Turkey broke ties with Israel after the 2009 Gaza War and further entrenched its relationship with Hamas officials after the Gaza Flotilla incident of 2010. The announcement of the Abraham Accords in 2020 was met with scorn by Erdogan. He believed they acted as a rebuff to Turkey’s relationship with Qatar and signified a formal dismissal of the Palestinian plight by participating Muslim states. However, realizing that the time is now for formal inclusion, Turkey has distanced itself from Iran amid the Islamic Republic’s continued involvement in Syria. Additionally, Tehran's policy ambitions are futile against an Israeli-Arab coalition.

With the smorgasbord of options on the table, Ankara must feel compelled by the Abraham Accords. The emerging Israeli-Arab coalition has the diplomatic leverage to compel Turkey to align with the United States and the Gulf states formally. According to Hungarian researcher Zoltán Egeresi, Turkey can only rely on weaker partners when attempting to sculpt out its own regional coalition. The internationally recognized Government of National Accord (GNA), which controls the western part of Libya, is strongly affiliated with Turkey but has not gained full sovereignty over Libya. Turkish ally Malta has not backed Turkey over Mediterranean maritime rights, while France sends warships to Greece to back its claims to the mineral-rich seas. The willingness of Turkey to work with Hamas and Fatah has given Erdogan parity with the Palestinian Authority. However, this relationship has also not situated the nation to have any clear advantage in its greater strategic goals.

Given that the alternatives pit Turkey between competition with the coalition and Iran, the net benefits of membership significantly outweigh the risks. Domestically, joining the accords could be a politically malleable option for the government. Despite clear and obvious criticisms that would stem from the fact that Turkey’s stance on the Palestinian issue has been one of the most pronounced, an agreement to work not only with Israel but also the more neutral Biden administration could be messaged in a way that signals Erdogan is taking a diplomatic avenue on Palestinian issues. This is because a hypothetical agreement would likely not forbid a continued push by the Erdogan administration for Palestinian statehood. A formal coalition could serve as the avenue, at least from a public affairs standpoint, for a potential negotiation channel, which would include an American administration that has sought to re-establish the U.S. Consulate in East Jerusalem and worked to restore economic and humanitarian aid to the Palestinian Authority.

On the economic front, Turkey and Israel share a mutual desire and incentive for ties in the energy field. As Jalal Selmi of the Washington Institute for Near East Policy notes, the U.S. decision to no longer back the EastMed gas pipeline, which was intended to transport Israeli gas to Europe via Greece and Greek Cyprus, “provided an opportunity for Ankara.” Developing a pipeline through Turkey could help reduce the need within the state for natural gas and Europe’s reliance on Russian oil amidst the Russo-Ukraine War. This economic partnership would buy Turkey more parity in negotiations over maritime rights in the Aegean Sea, as it remains in contention with Cyprus and Greece, both EU states, over claims in the region.

Militarily, a formal pact would re-establish the security ties Turkey has desired since Iran increased encroachment on its vested proxies and Ankara's purchase of Russian S-400 surface-to-air missile systems caused contention with NATO and the United States. The S-400 debacle put any further Western support to the Turkish defense sector on hold. Committing to ensuring stability in the region would make it more likely that the United States would proceed as a partner in Turkish defense. In agreeing to a formal relationship, Turkey also recognizes that the future of arms sales between the United States and Turkey relies on Israeli support. Pro-Israel groups and Jewish advocacy organizations in Washington have long held influence over the security ties of the United States with Turkey. They can ensure, in particular, that the long-awaited sale of F-16 fighters to Turkey goes through. This assurance can buy Turkey increased strength in its military without disrupting the Gulf partners who remain wary of its relationship with Qatar—Turkey must exchange diplomatic assurance for inclusion.

Israel and the United States stand to gain from this as well. It is the only mechanism already in place to ensure a deeper entrenched relationship with Turkey does not undermine the groundwork laid in the new wider Arab and Gulf partnerships. Bilateral and trilateral work between the states can be conducted without as much geopolitical baggage. The Gulf states can provide oversight in negotiations and, with the accords, they have a framework in which they can voice concerns. The alignment will also ensure the Gulf has another strong partner in its proxy defense and the American-led regional air defense alliance project, which has incorporated Israel with the Arab Gulf nations to provide full coverage across the region.

The vision of the Abraham Accords was always to expand in the future with new partners. The brunt of this advocacy has been mainly geared toward Saudi Arabia's inclusion. However, Turkey’s membership would ensure that one of the most critical players in the region makes decisions that do not undermine the aims of either Israel or the Arab states. At the same time, Turkey will buy access to the resources of the United States and Europe, and these new ties are sure to strengthen the regime's stability at home and abroad. With Erdogan up for reelection in 2023, it is an ideal time to push for this mutually enriching coalition.

Nicholas Paul Pacheco is an Army Officer and resident Anna Sobol Levy Fellow at Reichman University in Herzliya, Israel. He has written for InkStick Media and the Missile Defense Advocacy Alliance.