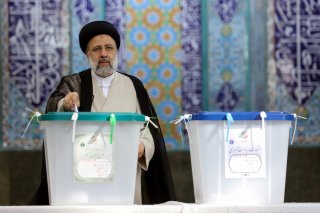 August 19 is the sixty-ninth anniversary of the 1953 coup that overthrew the government of Iranian prime minister Mohammad Mosaddeq. The event has been portrayed as the root cause of hostilities between Iran and the United States in the post-revolutionary era, and the United States has been routinely blamed for overthrowing a democratic leader and backing the rule of an autocrat, Mohammad Reza Shah Pahlavi, for over two decades. A pillar of this argument is that without U.S. intervention, Iran was on its way to becoming a democracy. Yet this outcome was always unlikely due to the composition of Iran’s very own multiethnic society.

The degree of U.S. involvement in the 1953 coup has been debated by others. While some emphasize the U.S. and British roles, others highlight the role of domestic forces such as the royalists and the clergy in the coup. The question that has not been answered is whether a democratic system could have endured in Iran had the coup not succeeded and had Mosaddeq remained in power.

Iran is a multi-ethnic country. Around half of the country’s population is composed of non-Persians. In contemporary Iranian history, ethnic minorities have sought to establish a form of self-rule over their regions, an issue that has been securitized in Iran. The Iranian central government, as well as the majority of the Persian elites, have often opposed these centrifugal attitudes, fearing that they could ultimately lead to the breakup of Iran.

Nationalism has the potential to become a source of repression and autocratic rule. Multinational states are especially more susceptible to this experience. As nation builders try to integrate and often assimilate ethnic minorities into the nation, ethnic minorities often seek a form of self-governance, and nation-builders can resort to authoritarian rule as a means to protect the nation-building project and the country’s territorial integrity.

Mosaddeq had democratic tendencies, but he was also a nationalist and the leader of the National Front, a nationalist party. In the post-World War II era, due to the Azerbaijan crisis, the Republic of Mahabad in Iran’s Kurdish region, and the cooperation between the British and the local population in southern oil-rich regions that had been established during the Allied Occupation of Iran, there was an enormous skepticism among many Iranian politicians regarding any sort of decentralization. This attitude was demonstrated during debates over a bill for provincial assemblies in the Iranian Parliament in the summer of 1950. The bill sought to restore a degree of self-governance for regions and provinces that had been guaranteed in the Constitution of 1906.

The National Front’s members of parliament (MPs) were among the staunchest opponents of the bill. The parliamentary proceedings show that most of the opponents equated decentralization with the disintegration of Iran, and there was a common perception that the attempt to decentralize was a foreign plot to divide Iran. On July 13, 1950, Mozaffar Baghai, a National Front MP, said that decentralization was a “British plot” to divide Iran and take out Khuzestan’s oil. On September 7, in an exchange with Haj Ali Razmara, the prime minister at the time who was a proponent of the bill, Mosaddeq accused Razmara of following orders from aliens to divide Iran. “The provincial assemblies had some things that nationalists and patriots did not find them a right thing to do, because you had received orders from aliens to establish provincial assemblies we opposed you,” said Mosaddeq. Even Ayatollah Kashani threw his support behind the bill’s opponents. On July 23, in a message read by Mosaddeq on the floor of the parliament, Kashani argued that giving self-governance rights to regions and provinces would lead to the breakup of the country and attributed the whole attempt to “devastating policies of aliens.”

Obviously, Mosaddeq and his supporters, who were extremely concerned with British involvement in Iran’s oil industry, perceived the bill for provincial assemblies as part of their struggle against British influence. But to describe Razmara, a commander of the Iranian military in the fight against the Azerbaijani autonomous government in 1946, as a person who follows orders from aliens to divide Iran shows the depths of pessimism toward any kind of decentralization in the country at the time.

Describing the Mosaddeq government as democratic is not accurate. Yes, he was elected as prime minister by the Parliament, but his government did not have the chance to implement many liberal democratic standards. Yet based on the views that Mosaddeq and other National Front leaders expressed on centralization and ethnic minorities, they were unlikely to grant regional autonomy and even language and cultural rights to ethnic groups had they remained in power—rights that were going to be demanded by ethnic minorities as soon as the country experienced political openness. Iran’s modern history is proof of this tendency. During and after the Constitutional Revolution, during World War I and World War II, and from 1979-1980—all periods when the central government lost its grip on power—there was a relative openness in the country, and ethnic minorities took control over their own regions and established a form of self-rule until the central government regained its power and dismantled them.

Even if we assume that Mosaddeq’s government was going to attempt to grant more rights to minorities, it was likely not going to survive very long. The Iranian establishment was highly nationalistic, and many of them had very tough positions on the issue of ethnic minorities and were highly pessimistic about decentralization. Hence, had Mosaddeq pursued decentralization, he would have faced serious internal challenges from the establishment and have likely been removed from power. Besides the powerful domestic forces that opposed decentralization, the propensities of the Cold War were also in favor of a centralized Iran, which would have further encouraged domestic forces to take action against decentralization. Hence, it does not matter if it was the United States and the United Kingdom or the royalists and the clergy who played more important roles in overthrowing Mosaddeq. A transition to democracy in Iran was unlikely to happen either way.

Arguments that relate the coup to the Islamic Republic’s hostility toward America also lack cohesion. The Ayatollahs surely disliked America’s support for the Shah, who was their adversary, but more than the Pahlavi regime’s repressive policies, the clergy despised Shah’s modernization and secularization policies. In fact, in the context of the Cold War, with religion regarded as a counterforce against left-wing movements, the clergy enjoyed more freedoms under the Shah’s rule than other major opposition groups. More important than any U.S. policy toward Iran in the Shah era, it is the Iranian regime’s radical ideology, policies, and actions that are in opposition to America’s interests and values, a fact that has rendered the hostilities between the United States and Iran irreconcilable.